“If you picked this horse ... you’re a genius!” Howard says 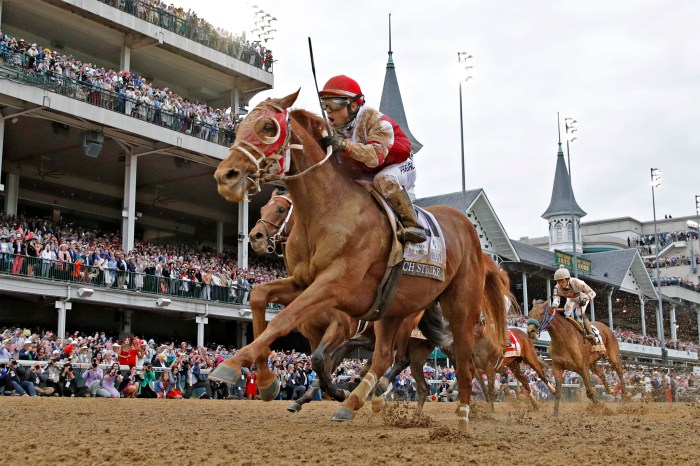 Sports fans were stunned on Saturday when Rich Strike, a longshot and last-minute entry, came from behind to win the 148th Kentucky Derby. Though Howard and co-host Robin Quivers admitted they didn’t know much about horse racing beyond the attendees’ penchant for silly hats and mint juleps, both were fascinated by the dark horse’s improbable victory.

“He was not even supposed to be in the race,” Robin said of Rich Strike. “He replaced [a scratched] horse that had qualified in the race.”

“He was a longshot, 80 to 1,” Howard said, explaining it was one of the longest-odds horses to ever win the annual race. “If you bet a dollar on the superfecta it paid $320,000,” he continued. “And [you’d] deserve it … If you picked this horse, which is basically [washed up], you’re a genius!”

Happy though they were to see an underdog win, Howard and Robin were dismayed by what happened after the race when its jockey and trainers tried calming Rich Strike down. “[Rich Strike] kept biting the other horse,” staffer Will Murray explained. “[They] punched it in the head a couple times to try and get it to calm down.”

Looking back at their own experiences at the racetrack, Howard recalled his father going there to relax. Robin, a noted horse lover, meanwhile, had less pleasant memories. “I was so devastated, because I love horses, just to see it’s nothing about the horse. It’s all about the gambling. They don’t care about those animals at all. They don’t care that they’re beautiful, majestic—they only care who wins,” she concluded.

Richard Christy Admits to Pleasuring Himself to a Bass Fishing Catalog