Plus, Howard and Gary Dell’Abate share their own personal appearance stories 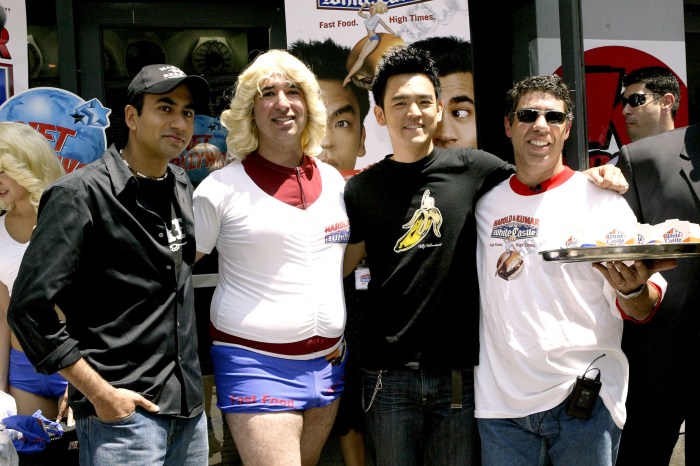 Gary Dell’Abate has done a lot for the Stern Show over the years, from selling his infamous love tape to throwing out his disastrous first pitch before a Mets game, but there are at least two things he won’t do when it comes to personal appearances—wear a gorilla suit or dress up as a woman. In a discussion about past in-person promotions on Tuesday, the executive producer recalled some of the strange requests he’s received, including at an event for the film “Harold & Kumar Go to White Castle.”

“For some reason it was super important that a man dress as a woman and serve cheeseburgers and I said no,” Gary told Howard of that day back in 2004. 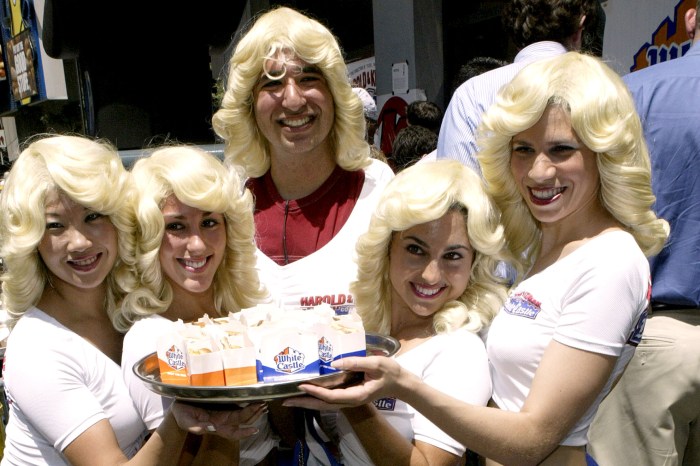 Fortunately, staffer Jason Kaplan was there to put everyone at ease—for a price. “They turned around to Jason and they said, ‘Would you wear this outfit for $500?’ and Jason’s like, ‘Fuck yeah,’” Gary remembered. “There’s a great picture of Jason dressed as a woman handing out cheeseburgers (above). 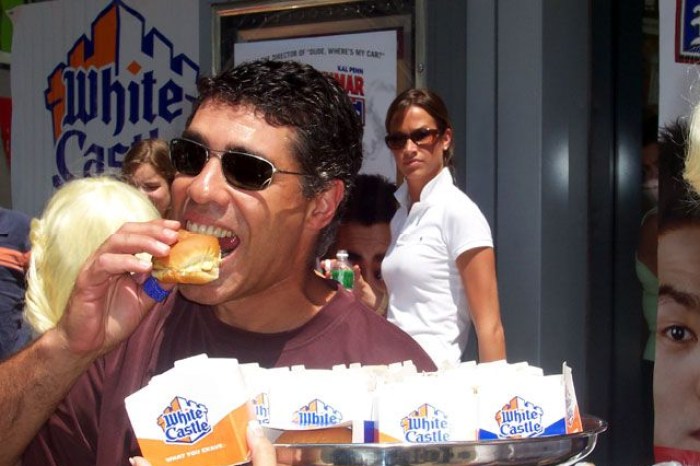 Also discussed was the wild ride that was Howard’s first signing event for his book “Private Parts.” The October 1993 appearance at a New York City Barnes and Noble was beyond anyone’s imagination, especially Howard, who remembered seeing a similar event years earlier where no one showed up to see the two authors. “I was driving over and all I could think about was [them] sitting at that fucking table … It was the most heartbreaking thing,” he recalled thinking on the drive over to his own event before being held up by an inordinate amount of traffic. “I was like, ‘Oh fuck, Manhattan’s so clogged with traffic but today is exceptionally bad.’ We hadn’t moved for 10 minutes, like I’m going to be late for my own book signing.”

In fact, the traffic was caused by thousands of fans waiting to get into the signing. “We couldn’t get down Fifth Avenue, it was totally swarmed with people [so] that the cars couldn’t get through,” Ronnie “the Limo Driver” Mund, who was behind the wheel, noted to Howard. “I had to call the security people at the bookstore to find out what was going on and they had to send a police escort to come get us ‘cause we couldn’t get through … You shut down New York, the whole area of New York.” 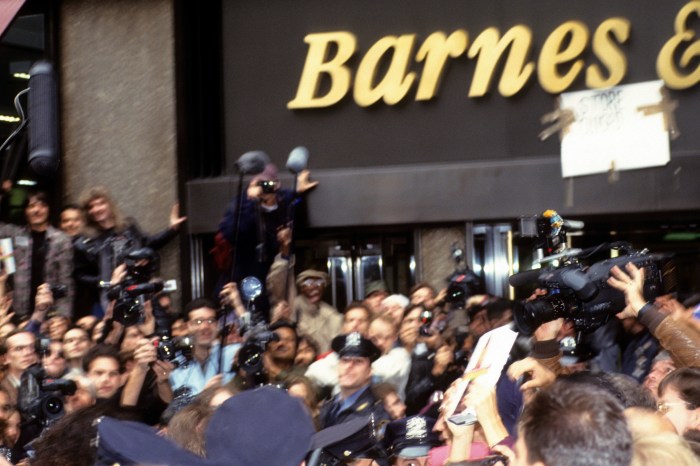 Once at the bookstore, Howard was still not in the clear. “There were no barricades … It was mass chaos in the street,” he said. “I got out of the car and … I thought I was going to get crushed. I remember a bunch of security guys picked me up off my feet and dragged me in.”

“That crowd was so huge, and it went out into the street forever,” co-host Robin Quivers added. “These people trickled in, little by little, to get their book signed. Nobody ever left, they stayed there the whole time … It got dark—you were still signing books.”

Despite the insanity, Howard was grateful. “I was just relieved,” he admitted before explaining why he signed for everyone in attendance. “It was like, ‘You know what, I’m not going to leave here until I sign every book because if these people are nice enough to show up for me, I’m going to sign every book.’”

And, while the New York City Police Department might have underestimated the crowd for “Private Parts,” they didn’t make the same mistake twice when Howard’s book “Miss America” came out in 1995. “The city was smart then and they said, ‘Listen, we can’t have this nonsense going on’ so then we’d go under the building to enter the building,” Ronnie pointed out of the updated security plan. “They understood that Howard’s book signing would shut down the city … After that first book signing, everything was different.”