“Now my attitude is … I can’t give anybody anything,” Howard explains 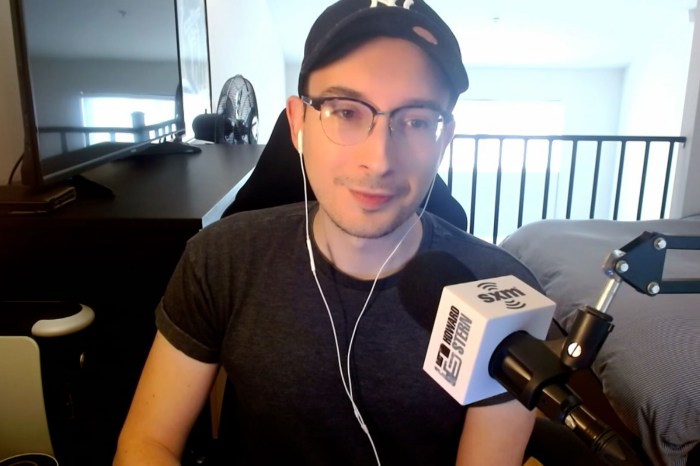 Howard didn’t send Chris Wilding a birthday card this year — despite Beth’s suggestions — but he did wish the Stern Show staffer a happy birthday on Tuesday, which quickly led to a heated staff conversation about when it’s appropriate to get presents and cards for employees.

No one complained when Howard gifted executive producer Gary Dell’Abate a fancy bottle of scotch, for example, but when Howard gave staffer Richard Christy a big screen TV and tickets to the Super Bowl it ruffled a few feathers.

“You gave me the biggest big screen TV, like ever,” Richard told Howard. “And Sal [Governale] went nuts.”

Richard also recounted Howard inviting him out to dinner one year on Thanksgiving. “It was 2005. We were still at K-ROCK. We did a thing where we had broadcasted from my parents’ house all day on Thanksgiving … and then you called me and said, ‘Hey why don’t you have dinner with me and Beth?’” Richard recalled.

“I must’ve been out of my mind,” Howard laughed.

“It was awesome. It was so sweet,” Richard said. “Then word got out [with the staff] and people went nuts.”
Indeed, Howard’s act of kindness toward Richard only made Sal more jealous. “I remember it every day, in the fetal position when I go to bed at night, you son of a bitch,” Sal told Richard.

As far as Richard was concerned, however, Sal had ruined his own chances at dinner with Howard when he tried—and failed—to invite himself over to the boss’s house for a sleepover. Regardless, Sal insisted he wasn’t bitter. “The truth is, Howard, you’ve been very, very kind to me, but I don’t show it off like Richard and piss people off,” he said.
Howard, meanwhile, realized this was a no-win topic of conversation. “I don’t want to talk about this anymore because it sets off a tsunami of complaints,” he concluded, at one point adding, “Happy Birthday Chris Wilding — I want to make sure I say that, but that’s it for the birthday announcements. No more.”