“They want to control you. Do not take the EpiPen,” InfoWars host “Alex Jones” suggests 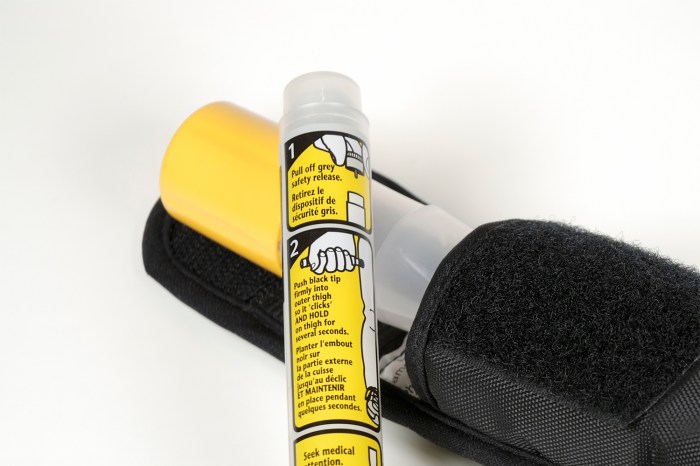 Howard’s wife Beth was enjoying a barefoot stroll on the beach recently when a bee stung her in the foot and left her with an unpleasant and unsightly allergic reaction. “It turns out she’s allergic to bee stings. Her foot blew up to the size of an elephant,” Howard said Tuesday morning, adding, “You never saw anything like this. There were bubbles of goo coming out of her feet.”

As Howard explained it, Beth pulled the bee out and didn’t think much of the sting as she continued her miles-long trek. By the time she got home, however, her foot had worsened and she needed medical intervention. The doctor gave her antibiotics and drained the blisters on her feet. “It was like an episode of ‘Dr. Pimple Popper.’ It was crazy,” Howard said.

The doctors also informed Beth that her next bee sting could be far worse, so they prescribed her an EpiPen to keep with her in case of an emergency. Howard said Beth has an EpiPen now, but she doesn’t always take it with her on walks. So, he invited his wife onto the air so co-host and former Air Force nurse Robin Quivers could talk some medical sense into her. “The doctor is not wrong … the next time it happens your reaction is going to be bigger,” Robin told Beth. “Suppose the bee stings you in the neck or the face [next time]. That’s when it can be emergency room dangerous.”

Howard had an idea. “Give me the EpiPen and I’ll carry it,” he suggested.

The lines were soon flooded with listeners, from a paramedic to a woman allergic to bee stings herself, encouraging Beth to always carry an EpiPen. However, one regular caller seemed more than happy to play devil’s advocate.

“Beth, do not take the EpiPen … They want to chip you. They want to shift your DNA. They want to inoculate you. They want to control you,” InfoWars host “Alex Jones” said shortly before suggesting she safeguard herself with a product he’s sells on his show. “You need to prevent that risk with the brand-new iodine shield,” he concluded. “It’ll clean you out like Drano.”