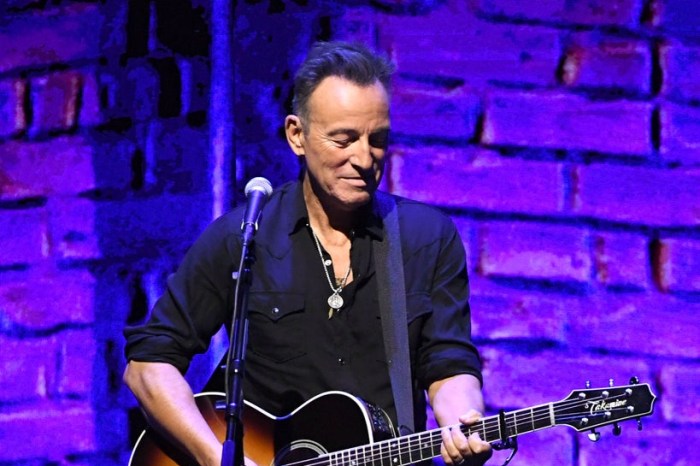 After years of anticipation, Howard will soon be crossing off a major name from his list of desired guests — Bruce Springsteen. On Monday, he announced the Rock and Roll Hall of Famer and sometime E Street radio host will be making his Stern Show debut later this month. “This is so fucking great,” an excited Howard noted of the booking. “He’s gonna bring his guitar, we’re going to sit, we’re going to talk, it’s going to be very nice.”

“Wow!” enthused co-host Robin Quivers said upon learning the news. “I thought that was never going to happen.”

According to Howard, he’s already deep in preparation for the sit-down. “I think I’m up to 500 questions now,” he said before jokingly adding, “Bruce better bring a tent and camp out.”

Stern Show executive producer Gary Dell’Abate, who not only booked Bruce but is also a huge fan of his, vowed to keep things above board. “I’m going to be beyond professional,” he promised, before taking a dig at actor Michael Rapaport, who for years has been critical of Gary for not getting an interview with the Boss. “But I do want to say, ‘Fuck you, Michael Rapaport.’”