Pop star Charlie Puth made his Stern Show debut on Tuesday, connecting with Howard live from SiriusXM’s L.A. studio for an epic interview, concert, and lesson in music theory. Sitting at a keyboard while Jan Ozveren accompanied on guitar, the 30-year-old singer, songwriter, and record producer performed two tracks off his critically acclaimed new album “Charlie,” an inspired Bonnie Raitt cover, and a medley of other classics ranging from Tom Petty’s “Free Fallin’” to Cyndi Lauper’s “All Through the Night.” His candid conversation with Howard covered quite a bit of ground, too, including his improbable career beginnings, his friendships with famed musicians like Sir Elton John and Billy Joel, and why he’s looking to settle down with a woman from his small New Jersey town.

Charlie is not only a music expert with a degree from Berklee College of Music, but he also has perfect pitch, a rare ability allowing him to identify notes on command and recall complex melodies with uncanny precision. Much to Howard’s delight, Puth put on a masterclass with his keyboard and deconstructed several classic tunes, including one from Charlie’s friend and fellow Garden State native Bruce Springsteen.

As Charlie described it, everything came down to “tension and release.” “You take a song like … ‘Hungry Heart,’ it’s a very Bruce Springsteen chord progression,” he told Howard while playing the opening bars of the Boss’s hit tune. “[It’s] just four chords. It starts on major – it’s super happy – and there’s 60,000 people [screaming] in Giants stadium.”

“The genius of Bruce Springsteen is that it’s all feeling,” he continued. “If it doesn’t feel like a human made it, no other human is going to relate to it.”

Charlie and Bruce first became acquainted after Puth covered “Growin’ Up” during a pandemic relief concert. Bruce was so touched by Charlie’s rendition he reached out to say hello. “I’ll never forget getting a call from the 732 number – that’s a New Jersey area code,” Puth recalled. “You get full body chills when you hear Bruce’s music. I get them when I hear his voice.”

Paying Tribute to the Greats

While Charlie’s talents and dedication are undoubtedly the keys to his success, he also benefitted from a few celebrity-backed breaks along the way. First, he found a taste of fame after winning an online music competition sponsored by Stern Show veteran and blogger Perez Hilton. That led to an appearance on “The Ellen DeGeneres Show” and getting signed to Ellen’s record label, Eleveneleven.

Charlie still has quite a few famous friends, however, and he told Howard about his relationships with Bruce Springsteen, Elton John, and Billy Joel, among others, who have not only given him sage advice but inspired him with their music.

When it came to Springsteen, one of Charlie’s favorite songs was “Jungleland.” “I put it up there with ‘Bohemian Rhapsody’ as one of the most impressive piano parts … it evokes emotion right away,” he said while playing it. “I will never sing that song because I just won’t ever be able to do it justice.”

For the Piano Man, Puth heaped praise on “Lullabye (Goodnight, My Angel),” Joel’s 1994 ode to his daughter, and “She’s Always a Woman” while giving them a whirl. He also performed parts of Sir Elton’s “Don’t Let the Sun Go Down” and James Taylor’s “Long Ago and Far Away” before breaking into hits from Cyndi Lauper, George Michael, Neil Young, and the Eagles.

What Really Inspired ‘See You Again’

Charlie’s biggest hit to date is “See You Again,” a song off the “Furious 7” soundtrack he co-wrote and sang with rapper Wiz Khalifa. Though the movie turns the tune into a tribute to the franchise’s late star Paul Walker, Charlie told Howard the lyrics and sentiment were inspired by the death of his close friend Vail, who was killed in a motorcycle accident. “Two years later, I went to California, on Cahuenga Boulevard at the old Death Row studios, and they were working on this song – it had [the] ‘See You Again’ chords, but it was really synth-y,” he recalled. “We just kept layering synths … and it wasn’t really going anywhere, and I [thought,] ‘Okay, I gotta delete everything. I’m a nobody … but I’ve got to delete all this shit right now,’” he continued before playing his stripped-down version of the tune for Howard.

Simplifying the track was only the first hurdle. They also needed someone to sing it. Artists ranging from Adele to Chris Brown were considered, but ultimately only Charlie could bring the necessary emotions. “None of the vocals had the [right] feeling … What I was singing about specifically, you just couldn’t hear it in your voice,” he told Howard.

His voice may have been the right one for the job, but when it came time to shoot the music video some people still needed convincing. “It was a whole mess … I got there, and they were like, ‘You’re not on the song anymore,’ so I went home. But then I was suddenly on the song again, so they added another fucking day to the video, so I had to go back,” Charlie laughed. “I wrote and produced the record, and I’m still figuring out how to be an artist.”

On Writing for Justin Bieber and Other Artists

Some of Charlie’s biggest hits have actually been for fellow artists — including “Stay” by Justin Bieber and the Kid LAROI — something he’s quite content with. “It has the DNA musically of me interwoven through it, but LAROI wrote that hook and it was just never meant to be for me,” he admitted. “I will listen to that song in my car and be like, ‘Wow, I love the drums that I did on this record and I’m so happy for the success that these two have had with this song … I love the fact that I was behind the scenes on that one.”

The producer feels similarly about a track of his that listeners might find even more surprising. “There’s an R&B record I wrote called ‘Slow Motion’ from Trey Songz that I made in 2015 and you’d never guess that I wrote and produced that record — I’m a pop guy and but they play it in like strip clubs,” Charlie noted. “I love being behind the curtain as much as in front of the curtain.”

Playing through the tune, Charlie pointed out its unique qualities. “The funny thing about that song is it was in double time in the verse … and then went halftime, a.k.a. slow,” he told Howard. “It’s theatrical in a way and sure, maybe I’ll do a cover of that one day or include it in my set with Jan, but I just love, again, that I had something to do with that at all.”

In Love With a Jersey Girl

During the making of his latest album, “Charlie,” the musician was going through a lot of heartbreak, something he admits can come in handy when writing new music. Since then, Charlie has found love — with a Jersey girl. “[She’s] someone that I grew up with,” he revealed to Howard of his significant other, noting she was good to him well before he was a boldfaced name. “She’s always been very, very nice to me and I would assume that when times inevitably are hard in the future, because what is life without valleys and peaks, she would be there for me as well.”

Though the singer admits to taking advantage of dating as a celebrity earlier in his career, he’s since tamed things down. “Honestly, I get so scared of people now, like I can’t really walk anywhere for whatever reason, and I think the more that happens the more I just want to retreat to someone that I’ve known for a long time,” Charlie explained of his decision to simplify things. “I’m, not really interested in going out like I used to and being crazy.”

And while Charlie confirmed he’s very much in love, if he does propose, don’t expect to read about it anywhere — despite Howard’s prompts. “If I do, certainly the media won’t know about it,” he insisted before adding, “I’ll go out of my way to make sure they don’t know … It becomes too much.”

Charlie Chats With Jeff the Drunk, Breaks Down Robin’s Theme

Whereas Howard and co-host Robin Quivers were in awe of Charlie’s musical talents, Charlie was awestruck just to be in the studio. He told Howard he’d been a Stern Show fan since he was a little boy. “You’re a huge reason why I wanted to get into quote-unquote-media,” he said, adding, “It’s cheesy, but [this] really is a pinch me moment. I’ve got marks on my arm from pinching so much.”

Speaking about the Wack Pack, Charlie said Jeff the Drunk is his favorite (“I think he means well”) with Mariann From Brooklyn, the late Eric the Actor, and Medicated Pete—whom he once met ordering a pumpkin spice latte at Starbucks—not far behind.

Charlie is also a fan of Robin’s news theme songs and – thanks to his perfect pitch – he had no trouble playing it for Howard on the keyboard. “I know the original key … I know the key changed in 2010,” he said before playing both the classic and the Guatemalan tunes.

Puth shared his thoughts on Robin’s singing, too, and gave her some high praise. “Robin, you might go off pitch frequently, but the tone and resonance of your voice is really good. So, if I had your vocal in a studio I could make you sound good,” he assured her.

“No one has ever said that,” she replied with a laugh. 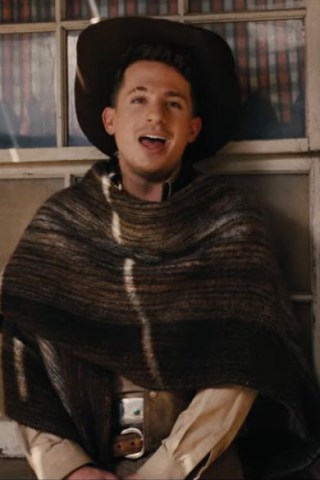 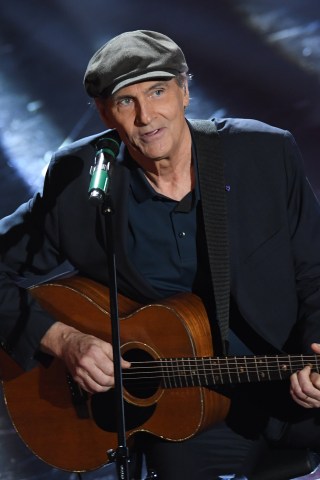 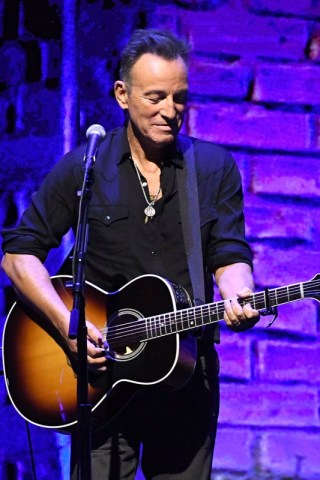 Imagine Dragons Return to the Stern Show
You Give us your email Address we'll give you even more howard!