“I go into this room, and they start taking their shirts off,” JD recalls of experience 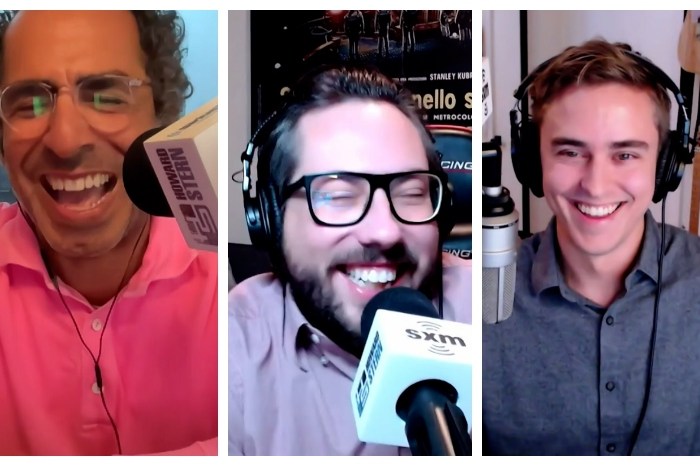 A day after the Drew Barrymore Dating Game, Howard noted how surprisingly well the Stern Show’s own Jon Blitt did — until he self-sabotaged later on in the segment. “I thought you had a shot with Drew Barrymore, but I’ll tell you where you blew it — when you went into that Michael Jackson impression,” Howard told his staffer Tuesday. “No mom wants a guy around her who thinks Michael Jackson is funny.”

“I’ve been wanting to do that on the show for a long time, so it’s been inside of me, so it was a nice cathartic release,” Blitt explained of his decision to do the impression when answering one of the actress and talk-show host’s questions. “I like making people laugh … we work on a comedy show and I took a chance.”

The discussion led to Howard playing a previously unaired bit Jon workshopped a while back with co-worker Steve Nowicki — “Pacino & Romano,” under the premise that Al Pacino and Ray Romano have a talk show and harass their co-workers in the halls, specifically JD Harmeyer.

“I go into this room, and they start taking their shirts off … I think they locked the door behind me,” JD, who was tasked with playing the part of actor John Travolta, recalled. “I’ll try to play along with things if I can, but then … they want me to take my shirt off, they want me to put soap on fucking Blitt — I’m not doing that.”

VIDEO: Tenacious D Rocks the Stern Show’s Socks Off With a 3-Tune Tribute to the Who

AUDIO: Will Wendy the Slow Adult and Gary the Conqueror Go on Another Date?