Should This Stern Show Listener Get Penis Reduction Surgery?

Should This Stern Show Listener Get Penis Reduction Surgery? 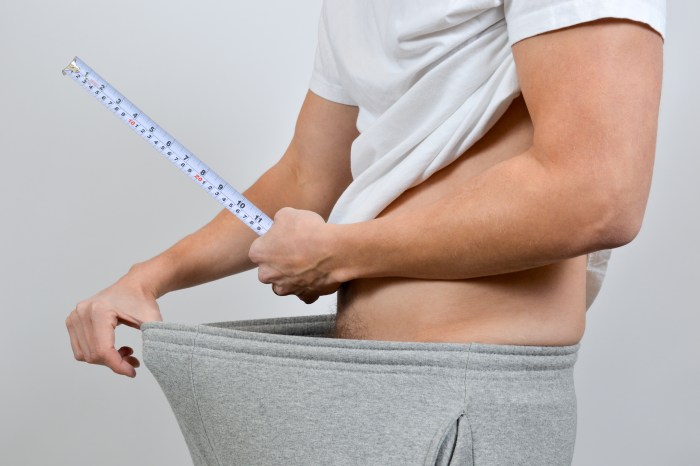 One very lengthy Stern Show listener wound up live on the air with Howard on Tuesday after his girlfriend called in to share he’s considering getting penis reduction surgery.

“He’s crazy! Get away from him,” Howard said immediately.

While hard to believe any man would think he had too much manhood down there, this guy claimed he wanted the procedure because of how challenging sex was for his girlfriend.

“She’s always, like, sore whenever we have sex,” he told Howard.

“You know how much I want to make a woman sore?” Howard shot back with a laugh.

So just how big is his penis? His girlfriend revealed she took a measuring tape once and he clocked in at just about nine inches. But even before taking his measurements, she told Howard she was well aware he was going to be hard to handle.

“I was like ‘Oh my goodness! What am I getting myself into?’” she recalled of the night she saw his penis for the first time. She also added she can’t get her whole hand around his girth and that his penis is even too large for effective oral sex.

Still, Howard asked his listener to reconsider. “Don’t do it, man … I’m a big fan of doctors but not when it comes to cutting your penis.”