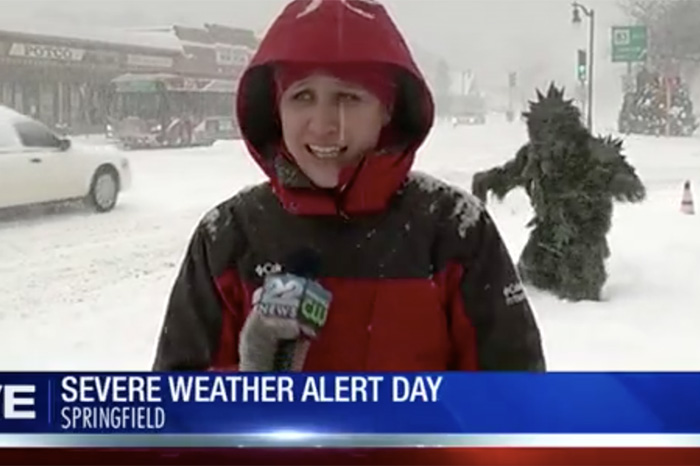 It’s tough enough being a TV reporter these days, what with the lewd drawings and constant interruptions. As of Thursday, however, broadcast journalists face a brand new threat: Pot Sasquatch.

As WWLP-22News Storm Team Meteorologist Jennifer Pagliei reported live from a busy intersection in Springfield, Mass., during this week’s snowstorm, she was approached by a marijuana-covered snow monster the internet has lovingly dubbed “Pot Sasquatch.”

The cameras quickly cut away as Pot Sasquatch neared, so the world never did find out who decided to brave a blizzard that day dressed up as a marijuana monster. Ms. Pagliei tweeted about the incident:

When your just trying to report on the snowstorm and a walking tree is in your live shot .. @WWLP22News pic.twitter.com/FdSFY1MsCj

Check out videos of the Pot Sasquatch sighting (below):