6-year-old Ollie, who suffers a rare genetic disease, met his hero backstage at a concert 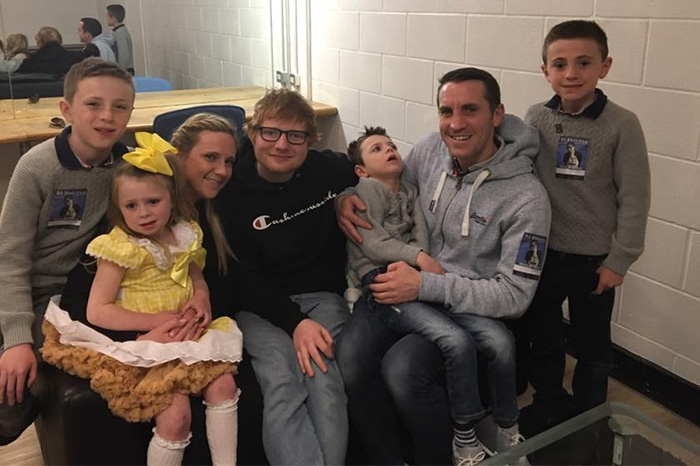 Six-year-old Ollie Caroll is a Sheeran superfan suffering from Batten Disease, a rare neurodegenerative disorder. After hearing about Ollie’s condition through social media, the pop star and recent Stern Show guest invited the boy backstage before a concert in Manchester, England. When Ed performed later, he wore a wristband (pictured below) to show support for Ollie and raise awareness for the disease.

The encounter was evidently a dream come true for the young boy, who after becoming ill, had made a list of things he still wanted to do. Meeting Ed was right at the top. According to his family’s Facebook post, Ollie had loved singing along to Ed’s songs before his disease robbed him of his speech.

“We never thought this would happen and through the power of social media it has,” they wrote. “Our dying boy wished to meet his hero, last night that wish was granted.”

Check out photos from Ed and Ollie’s meeting as well as a full description of the events (below).

Click here for a look back at Ed’s sitdown with Howard in March, including a performance of his hit single “Castle on the Hill.”