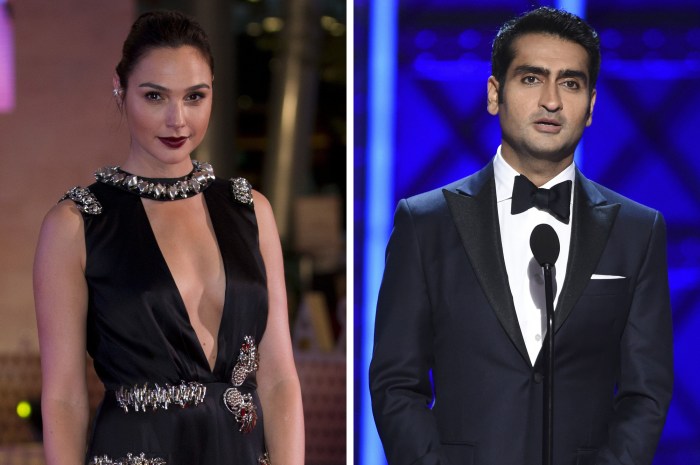 “Saturday Night Live” will be hosted by a big screen superhero and a small screen software engineer in the same month.

NBC’s long-running, late-night sketch series has tapped “Wonder Woman’s” Gal Gadot and “Silicon Valley’s” Kumail Nanjiani to host in October, according to a tweet published Thursday. The “SNL” first-timers will be joined by a pair of veteran musical guests in Sam Smith and Pink, respectively.

Gadot, who got her start as an Israeli model before joining the “Fast & Furious” franchise, became a household name after starring as the titular heroine in June’s “Wonder Woman.” She’s set to host “SNL” Season 43’s second episode on Oct. 7.

Nanjiani, meanwhile, stars as a tech guru Dinesh on HBO and Mike Judge’s “Silicon Valley,” and received critical acclaim over the summer for his 2017 indie comedy “The Big Sick” which he co-wrote and starred in alongside Holly Hunter and Ray Romano. He’ll host the show on Oct. 14.

Alec—who has hosted “SNL” a record 17 times and will be back for more this season—debuted his impression of then-candidate Trump during the show’s coverage of the 2016 presidential election and continued revisiting the character several times over Season 42.

During his most recent visit to the Stern Show, the 59-year-old actor explained precisely what goes into his impression. “You’re trying to bite the face off of the person in front of you,” he told Howard, adding “the wig is everything. Once they put the wig on you, you’re home.”

He also shared the story of how he became Trump in the first place. Click here for the full conversation or listen (below).