The carnivorous lady insects play dead until male suitors leave them alone, according to new studies 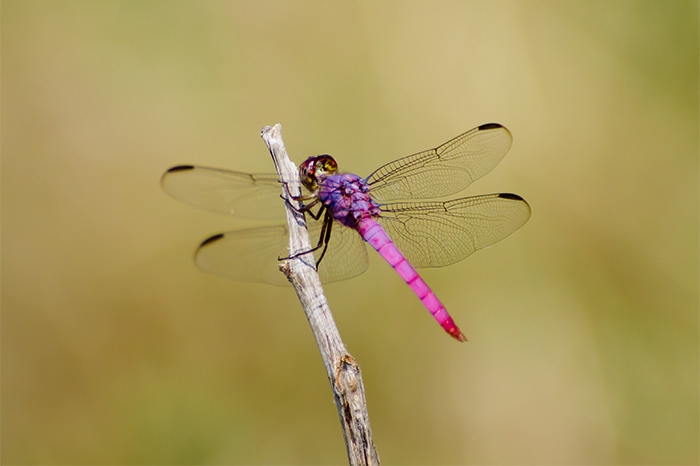 If you think taking two aspirin and faking a headache is a long way to go to avoid sex, then the wild world of dragonfly mating rituals will really blow your mind.

Newly published scientific research revealed female dragonflies actually play dead in order to avoid getting down with their male counterparts, according to Newsweek.

The study—conducted over the course of two years in the Swiss Alps by zoologist Rassim Khelifa of the University of Zurich—detailed the carnivorous insect’s strange anti-mating ritual. The biggest revelation was that female dragonflies keen on avoiding copulation go so far as to fall and lie motionless on the ground to convince the males they are dead. The females hold their pose until the male gets bored and buzzes off.

Here’s an excerpt from Rassim’s findings:

“Upside down is an atypical posture for a dragonﬂy. The male hovered above the female for a couple seconds and then left. I expected that the female could be unconscious or even dead after her crash landing, but she surprised me by ﬂying away quickly as I approached. The question arose: Did she just trick that male? Did she fake death to avoid male harassment? If so, this would be the ﬁrst record of sexual death feigning in odonates.”