Tracy Morgan Returning to TV in October With TBS Sitcom ‘The Last O.G.’ 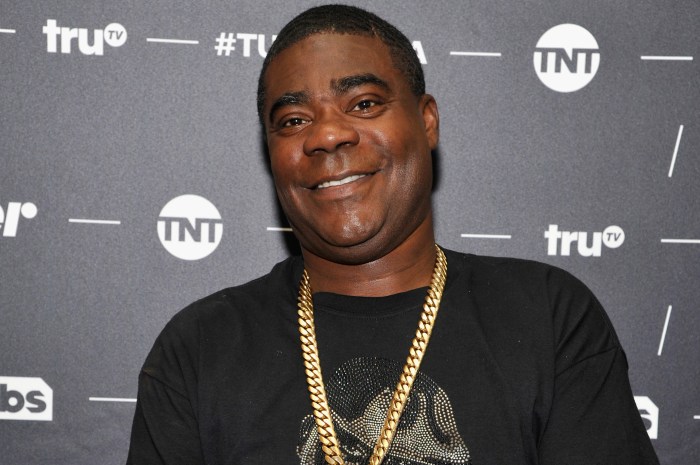 Tracy Morgan’s TV comeback is less than three months away.

The show follows Tray (Morgan), a Brooklyn-based ex-con re-adjusting to life as a free man after spending 15 years in prison. Hilarity ensues as he struggles to cope with everything from gentrification to twin sons he never knew he had. Co-stars for the Peele and John Carcieri-created series include Tiffany Haddish (“Girls Trip”), Ryan Gaul, and Cedric the Entertainer.

Morgan answered several questions about “The Last O.G.” during the TCA panel, including to what extent he believes his new show will represent the black community. “This is not a black show,” he said, according to Deadline. “This is a show about humanity, second chances, redemption. This isn’t a black show … I want to transcend that. Black people aren’t the only ones who live there, there are white people coming home from prison too. I want to deal with the humanity.”

The former “Saturday Night Live” and “30 Rock” star also shared his feelings about returning to scripted TV for the first time since a deadly highway accident in 2014 left him critically injured: “What does it mean to me? Thank god. That’s all I’ve got to say. Self explanatory.”

Tracy spoke all about the accident, his long rehabilitation, and the new trajectory of his career during his 2016 return to the Stern Show. “My whole life, I’ve taken the bad things that have happened to me and made it funny,” he told Howard. “It’s about energy. The energy of Tracy Morgan is still there!” Watch a clip from the interview (below) or listen to full conversation here.