It's the band’s second track with lead singer Jeff Gutt 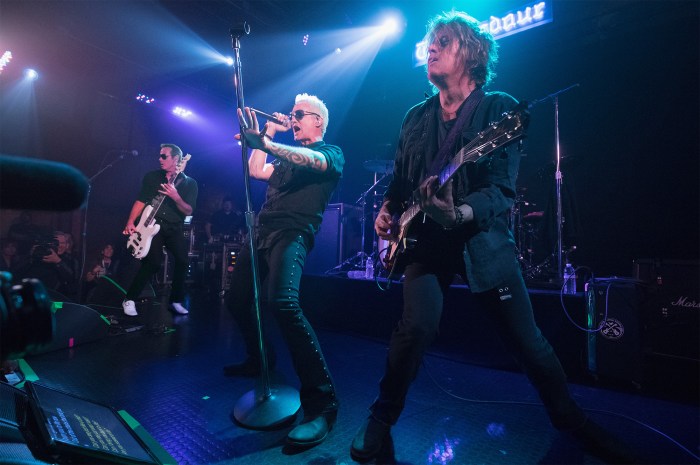 After last November’s “Meadow,” this song is the band’s second new track recorded with Gutt, who took over as STP’s singer in November, following the tragic death of beloved rock singer Chester Bennington last July.

“’Roll Me Under’ was one of the first songs I wrote for the album, and one of the first Jeff sang on too,” Stone Temple Pilots bassist Robert DeLeo told Rolling Stone. “Those riffs have been kicking around in my head for years, and it felt like the right time to record and perform it.”

“Stone Temple Pilots” will be the band’s first full-length LP since 2010, as well as their first release since the death of longtime frontman and friend of the Stern Show Scott Weiland. After the album drops, the band will embark on its first North American tour with Gutt. This follows his stage debut with STP last November at a SiriusXM concert in West Hollywood, broadcast live on Howard 101.

“Stone Temple Pilots” gets released March 16. Listen to “Roll Me Under” (above) and check out upcoming tour dates (below).

May 6 – Wallingford, CT @ The Dome at Oakdale Theatre