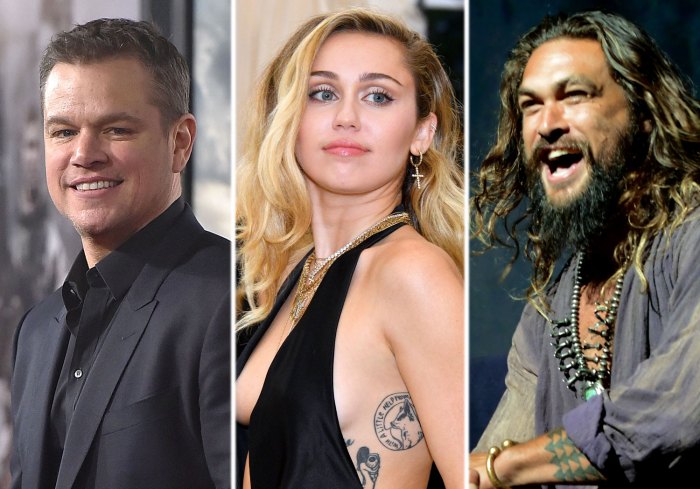 “The Climb” singer Miley Cyrus is climbing back onto the stage at Studio 8H.

The pop superstar and Stern Show veteran returns to “Saturday Night Live” on Dec. 15 as a musical guest alongside producer-D.J. Mark Ronson. The duo—expected to premiere a collaborative single off Ronson’s new album—will be joined by second-time host Matt Damon, according to a post published Monday by the NBC show’s official social media accounts.

Next month’s other newly announced “SNL” guests are “Aquaman” star Jason Momoa along with musical guest Mumford & Sons, who join the long-running sketch-comedy series a week earlier. Check out the full December schedule (below).

Miley last appeared as a musical guest on “Saturday Night Live” in 2017, the same year she made her Stern Show debut, while Damon actually appeared earlier this season as now-Supreme Court Justice Brett Kavanaugh. For Momoa, who starred previously on HBO’s “Game of Thrones and whose wet and wild superhero film opens next month, his Dec. 8 episode marks his “SNL” hosting debut. Musical guests Mumford & Sons, promoting their new album “Delta,” return for the third time.

Next up, however, is actress Claire Foy. As previously announced, the recent Emmy-winner and star of “The Girl in the Spider’s Web” makes her hosting debut Saturday alongside first-time musical guest Anderson .Paak.