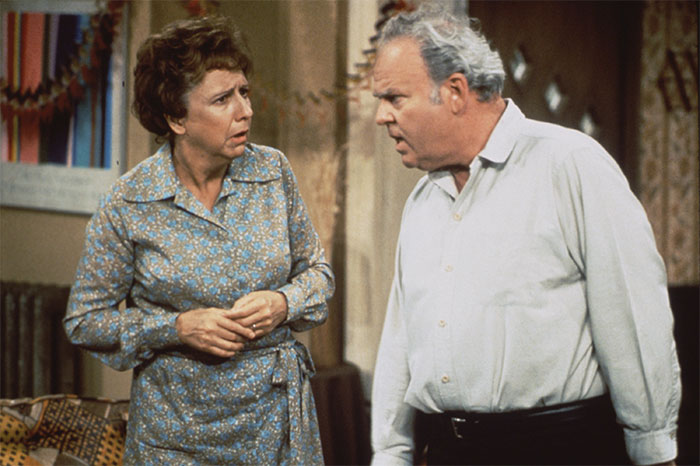 “The Jeffersons” and “All in the Family” are returning to the small screen, courtesy of friend of the Stern Show Jimmy Kimmel.

On Thursday, the late-night host reportedly announced plans to stage live re-creations of classic episodes from the two legendary sitcoms which Norman Lear created in the 1970s. The episodes will star Stern Show veterans Jamie Foxx, Wanda Sykes, and Woody Harrelson, among others, and air May 22 on ABC as one 90-minute primetime event.

Harrelson will appear opposite award-winning actress Marisa Tomei as “All in the Family’s” Archie and Edith Bunker while Foxx and Sykes will star as George and Louise Jefferson on “The Jeffersons.” The shows’ star-studded lineups also boast Ellie Kemper, Will Ferrell, and Justina Machado, with further cast members set to be announced at a later date.

“The fact that a group of Oscar winners eagerly agreed to play these iconic characters is a testament to the greatness of these shows and their creator, Norman Lear. To be a part of this is a dream come true for me and for everyone involved,” Kimmel said in a statement.

“They have said over and over again that these two shows were meant for the ’70s and would not work today. We disagree with them and are here to prove, with two great casts depicting ‘All in the Family’ and ‘The Jeffersons,’ the timelessness of human nature. I cannot wait to see what these glorious performers make in our time of these indelible characters, and I couldn’t be more grateful for Jimmy Kimmel, Sony and ABC for their collective willingness to conceive and pursue this never-been-done-before event,” Lear added.

This isn’t the first high-profile live broadcast Jimmy has masterminded for ABC, of course. In addition to his late-night show, “Jimmy Kimmel Live!,” the Stern Show superfan has also twice hosted the Oscars for the network. During the 2018 telecast, he even dropped in a well-timed “Hit ‘em with the Hein” at the end of the night. Only time will tell if any Stern Show shout-outs make their way onto Jimmy’s “Jeffersons” and “All in the Family” special.