Oscar-winning actor Matthew McConaughey doesn’t much mind being challenged to wrestling matches in Mali or sharing cages with dangerous predators, but he’d appreciate it if people would stop calling him “Matt” as it tends to upset his mother.

The 50-year-old actor turned author returned to the Stern Show on Wednesday for a candid conversation about several deeply personal topics, from the bar brawl which made him a man in his father’s eyes to the time his mom punished him in the schoolyard for answering to a name other than the one she gave him. Turbulent though his Texas upbringing certainly was, it helped mold the hardworking, straight-shooting husband, father, and world-class entertainer he’d eventually become.

Did he mention he’s a fearless explorer, too?

His brand-new autobiography “Greenlights” is filled with dozens of tales about his life in and out of Hollywood, including several about literally following his (wet) dreams across the globe to hike by the Amazon River and go undercover as a boxer in a West African village. Before hearing those tales, however, Howard wanted to know more about one particularly dangerous-sounding trip to Mexico involving, peyote, a shaman, a six-mile hike, and a mountain lion.

“We returned to the shaman’s house and he had this cage with this full-grown mountain lion in it. I went up to the edge of the cage and started to get the idea that I’m going to get on the same frequency as this mountain lion,” McConaughey told listeners Wednesday morning, explaining that after bonding with the big cat he got the “bright idea” to make his way inside the cage and slowly approach it.

“Cut to two hours later, that son of a bitch was laying in my lap purring,” Matthew said.

Howard was blown away. “There was no fear on your part that the predator was going to eat you?” he asked.

“Yeah, there was a little bit of fear,” McConaughey acknowledged, adding, “I was smart enough to know that lion was not starving. It had been fed.”

Howard was captivated by his guest’s blood and sweat-filled international exploits and in awe of the courage he displayed in so many different situations, especially considering how his successes in Hollywood could’ve just as easily afforded him a safe and comfortable existence.

McConaughey admitted his life probably wasn’t for everyone but didn’t care to imagine it any other way. “One man’s appetite is another’s indigestion,” he said.

In “Greenlights,” Matthew reveals a recurring, non-sexual wet dream that first inspired him to trek through South America and later Africa. On Wednesday, he went into further detail.

“I’m floating on my back down the Amazon River. I’m wrapped up in anacondas, pythons, there’s freshwater sharks, piranhas, crocodiles. I’m naked and on the left ridge, as far as the eye can see is lined with African tribesmen,” he recalled. “It was an 11-second dream. Eleven singular frames. Eleven seconds and I came. And I wake up and go, ‘What the fuck is that? How is that a wet dream? That’s supposed to be a nightmare.’”

The dream first came to him in 1992. After having it again in 1996, Matthew finally decided to travel to South America and Africa.

The book also takes a deep dive into his previously contentious relationship with his mother, both as a child and after he became a Hollywood star. He told Howard the two essentially stopped talking for eight years after he realized she’d been leaking details about his life to the press. “I would have conversations and then all of a sudden—whoop—what we’d talk about would end up in the paper three days later,” he said. “I was like, ‘Mom, that was between us!’”

McConaughey reached his breaking point after turning on the TV to find her taking a camera crew through his childhood home. When he confronted her about it she apparently just said: “I didn’t think you’d find out.” Thankfully, the two have since repaired their relationship.

“I’ve forgiven her. It wasn’t her fault. I just had to make some boundaries,” he said. “It was tough for eight years, but we went through it and we’re on the other side of it. It’s good.”

“Greenlights” also offers insight into his illustrious film career, including how he landed his breakthrough role in “Dazed and Confused.” Matthew shines in the stoner comedy as the charming but disreputable party animal Wooderson and Howard couldn’t help but wonder if McConaughey and the other actors really got high on set.

He said his character’s joints were mostly just oregano-filled props, though he did cop to smoking a real one while shooting the scene where Wooderson kindly invites his buddies to “watch the leather” while getting into his car. “[Rory Cochrane’s character] Slater, in take three, handed me a real joint,” he said. “And thankfully he did because one of my favorite lines came out of my mouth.”

A few years later, McConaughey shined as defense attorney Jake Brigance in the 1996 adaptation of John Grisham’s legal drama “A Time to Kill.” He wasn’t the first actor eyed for the part, though. The studio originally hoped to hire actor Woody Harrelson, but Grisham reportedly objected to the casting choice which opened the door for Matthew. While the two actors are good friends to this day, McConaughey laughingly assured Howard he still hasn’t let Woody live it down.

Howard wondered if he sought out a real-life lawyer to prepare for the part.

“Not with something like that. I’ve done biographies where I’ll go study the real person,” McConaughey said. “As far as Jake Brigance, a lawyer in ‘A Time to Kill,’ I’m very comfortable. I wanted to be a lawyer all my life anyway … I’m making it very personal in that moment.”

The Jake Brigance character has since appeared in two more Grisham novels, 2013’s “Sycamore Row” and this year’s “A Time for Mercy,” and Matthew told Howard he might be open to once again playing Jake on the big screen. “I could not help but read it and read Jake’s role and go, ‘Ooh, how interesting would that be to be back in those shoes?’” he said. “Could be tasty.”

Howard was also moved by Matthew’s scene-stealing appearance in “The Wolf of Wall Street” in which he plays a drug and sex-fueled stockbroker who teaches Leonardo DiCaprio’s character the ropes over a liquid lunch. Howard wondered how many of his lines in the scene were scripted.

Despite it being a relatively small part, Matthew had no trouble understanding what the character was all about. “There are launchpad lines,” he said, explaining his in “The Wolf of Wall Street” was “the secret is cocaine and hookers.” “If this is a person’s actual credo, ethos … like, he believes this, you can write a book on somebody that goes about the world like that,” he added.

McConaughey also starred in “Dallas Buyers Club” that same year and subsequently faced off against DiCaprio in the Best Actor category at the 86th Academy Awards.

The Oscar win was great for his career, of course, but it also helped him teach his children the value of delayed gratification. He told Howard they’d originally struggled to understand why he needed to lose so much weight for the part and leave for set so early, but winning the award a year and a half later helped them put his decisions in perspective. “You can do things today and be rewarded tomorrow if you do them well. It was a really cool lesson,” he said.

Just about the only thing McConaughey hasn’t done in Hollywood is date his co-stars. Howard wondered if it was a conscious decision on his part.

“I’ve always tried to keep it professional and the people I worked with, I must say, did it well. Maybe we had certain crushes on each other at certain times but we always just kept it professional,” he said.

These days, Matthew is happily married to Brazilian-American model and designer Camila Alves. They met in 2006, wed in 2012, and now have three children. Considering all the trappings of stardom, Howard wondered if it was ever difficult for him to be a family man and a Hollywood superstar at the same time.

McConaughey didn’t think so. “I personalize Hollywood in my book. I write about her, ‘I want her, I don’t need her.’ She’s a moonlight tryst,” he concluded. “My wife and my family, in my mind, are non-negotiable.” 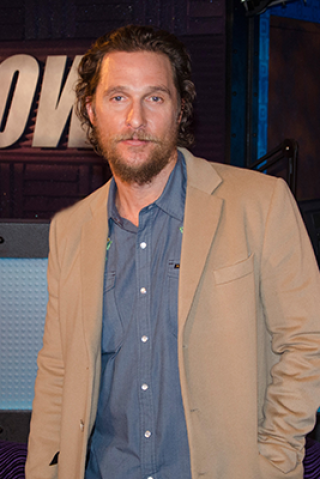 Matthew McConaughey on the Day He Met Jared Leto 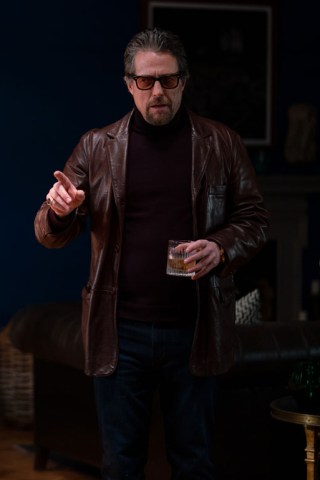