“Wyttch” (below) boasts a heavier, guitar-driven sound while “Ramona” has more of a pop feel and a synth-heavy throwback vibe. The latter also arrives with a music video (above) directed by Linda Strawberry which tells the story of a grieving woman in the Old West who attends a funeral, drinks a cowboy under the table (literally), and makes out with a scantily clad stripper in a cemetery.

In the lead up to their new album, the rock legends and repeat Stern Show guests released several pairs of singles, including “Confessions of a Dopamine Addict” and ‘Wrath,” “Anno Satana” and “Birch Grove,” and “The Colour of Love” along with the album’s title track “Cyr.”

“Cyr” is a 20-track follow-up to the band’s 2018 reunion album “Shiny and Oh So Bright, Vol. 1.” Frontman Billy Corgan recently announced an additional effort in the works, a 33-song sequel to the Pumpkins’ 1995 double-album “Mellon Collie and the Infinite Sadness” and 2000 album “Machina/The Machines of God.”

“Cyr” will be the band’s second release since Billy reunited with James Iha, Jimmy Chamberlin, and Jeff Schroeder on the Stern Show in 2018. The rockers enjoyed an epic sit-down with Howard that day, opening up about how the band got back together and performing their hit single “Bullet With Butterfly Wings” live in the Stern Show studio. Check out more from the appearance here. 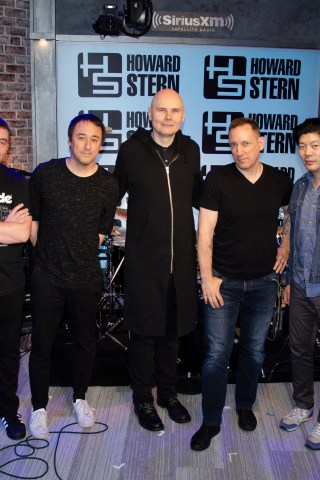 Smashing Pumpkins on What It Took to Reunite 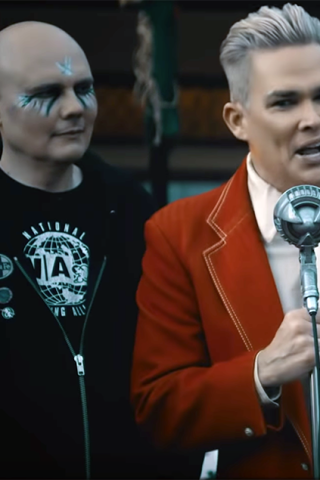 Smashing Pumpkins Drop Halloween-Themed Music Vid
You Give us your email Address we'll give you even more howard!