“There’s a pencil-thin mustache and … a little pubis, like a little tiny grey patch hanging down,” Howard says of the longtime caller’s new look

Frequent caller Apples took a quick break Monday morning from ragging on Stern Show staffer Ronnie Mund so he could instead goof on longtime caller Bobo and his new multi-colored goatee.

Howard had not, but his interest was piqued. “Why would you think you’d look better with a goatee?” he asked Bobo.

“I like the way I look,” Bobo responded. “I did all the grooming myself and, yeah, I like it—it’s my look.

After hearing some of the guys in the back office compare Bobo’s new facial hair to that of celebrity chef Guy Fieri, Howard and co-host Robin Quivers decided it was something they needed to see themselves. Check it out (below).

“Oh! Oh!” Robin screamed after getting a look.

Howard couldn’t wrap his head around Bobo’s decision to color only part of his facial hair. “You dyed part of your beard dark and left a grey spot,” he said. “There’s a pencil-thin mustache and goatee … [and] a little pubis, like a little tiny grey patch hanging down.”

“Now that I have my shaved head, I try different ways to change things up, you know?” Bobo said. “I’m trying experimenting with different looks.”

“This is an experiment that went wrong,” Robin laughed.

“It looks a little weird,” Ronnie agreed, suggesting Bobo might look better without the streak of hair extending from the bottom of his lip down to his chin.

In Howard’s mind, the goatee served as yet another indicator of Bobo’s questionable judgment. “[He] is like a guy who is very concerned about his appearance but he’s making all the wrong choices,” he said.

“Everything is wrong about that patch.” Robin agreed. 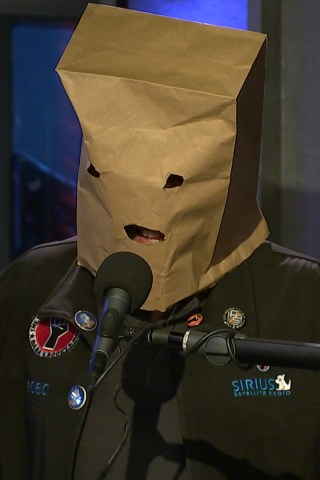 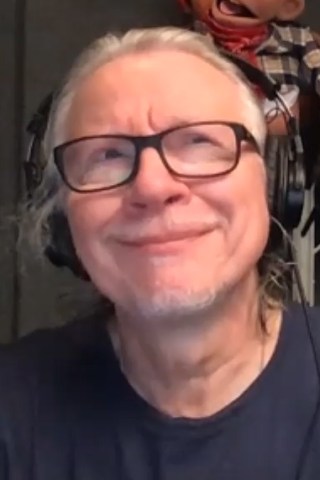 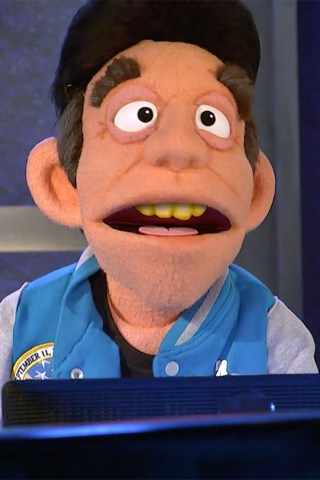 Bobo Spent Over 24 Hours on Hold in One Month
You Give us your email Address we'll give you even more howard!