Benjy Bronk Might Be Walking the 2021 New York City Marathon

“He didn’t say he was running it … I always think that Benjy’s got a loophole,” Gary Dell’Abate of says of Stern Show staffer’s intentions 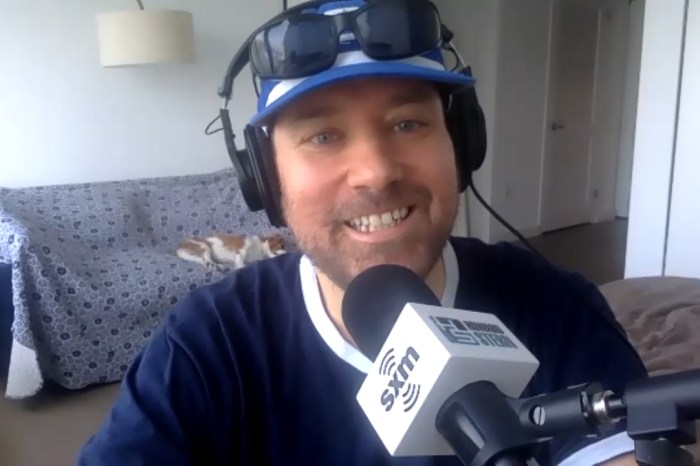 After a year off due to the COVID-19 pandemic, the TCS New York City Marathon will be returning to the five boroughs in November of this year. Benjy Bronk is set to join the list of Stern Show members who have completed it—including co-host Robin Quivers and staffer Richard Christy—although questions arose Monday as to what that exactly could mean.

“He didn’t say he was running it,” executive producer Gary Dell’Abate said of social media posts made by the staffer, who recently shed a lot of weight. “I think he says, ‘I’m doing the marathon’ and he’s looking for donations for some charity … I always think that Benjy’s got a loophole.”

“He doesn’t have the stick-to-it-iveness,” Howard said of the prospect of Benjy completing the 26.2-mile trek. “He’s a funny guy, I like him, but he doesn’t have that inner drive that would make someone really train for a marathon and stick to it. He’ll get there that day and he’ll do a few steps and then bail out.”

In his own defense, Benjy claimed he would finish the race—but not in the traditional sense. “I will complete the New York City marathon. I will probably mostly walk it … to me walking is a big accomplishment and I’m happy with it,” he explained before revealing he’s already started a training regimen. “I’ve looked at charts of like how many miles you’re supposed to do a week … two days ago I watched people that have walked the marathon and ways they’ve trained for it.”

JD Treated Like a Star During His Wild Night Out
You Give us your email Address we'll give you even more howard!