VIDEO: Emily Blunt Stars as a Revenge-Seeking Noblewoman in ‘The English’ Trailer

Emily Blunt is a noblewoman out for revenge in the new trailer for the Western drama “The English,” debuting on BBC and Amazon Prime in November.

The 1890s-set series follows Lady Cornelia Locke (Blunt), a gun-toting, arrow-slinging aristocratic British woman hell-bent on hunting down the man responsible for the death of her son. She crosses paths with and befriends Eli Whipp (Chaske Spencer), a cavalry scout and Pawnee Nation member who has more in common with her than she realized.

Written and directed by Hugo Blick, “The English” co-stars Rafe Spall, Tom Hughes, Stephen Rea, and Toby Jones. Blick and Mona Qureshi serve as executive producers alongside Blunt, who last joined the Stern Show in 2021 and discussed everything from her high-profile relationship with John Krasinski to the major movie roles on her radar. Watch a clip from her interview with Howard (below). 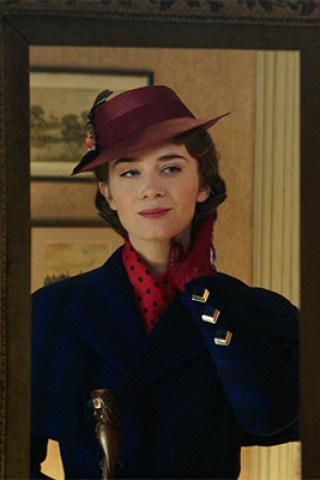 Emily Blunt Flies a Kite in 'Mary Poppins Returns'
You Give us your email Address we'll give you even more howard!