VIDEO: Bruce Springsteen Drops ‘Do I Love You’ Ahead of Newly Announced Soul Covers Album

Bruce Springsteen rocked the world this week as he dropped a brand-new music video and news of an upcoming covers album to celebrate soul music.

The Boss’s lively Thom Zimny-directed music video is for the song “Do I Love You (Indeed I Do),” originally written and performed by Frank Wilson in 1965. It’s one of 15 tracks off Bruce’s newly announced LP, “Only the Strong Survive,” arriving in November.

“I wanted to make an album where I just sang. And what better music to work with than the great American songbook of the ’60s and ’70s? I’ve taken my inspiration from Levi Stubbs, David Ruffin, Jimmy Ruffin, the Iceman Jerry Butler, Diana Ross, Dobie Gray, and Scott Walker, among many others,” Springsteen said in a statement to fans. “I’ve tried to do justice to them all—and to the fabulous writers of this glorious music. My goal is for the modern audience to experience its beauty and joy, just as I have since I first heard it. I hope you love listening to it as much as I loved making it.”

“Only the Strong Survive” is Bruce’s second covers effort – in 2006, he paid homage to classic folk songs with “We Shall Overcome: The Seeger Sessions” – and his first album of any sort since 2020’s “Letters to You.” The 73-year-old rock icon isn’t just rocking out in the recording studio these days, either – he and his E Street Band are also set to tour North American and Europe in 2023. 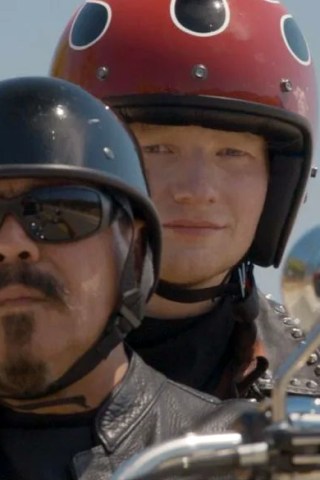 Bruce Springsteen Doc Takes Fans Behind the Music
You Give us your email Address we'll give you even more howard!