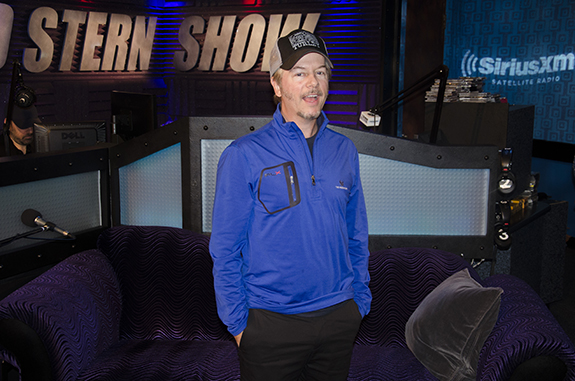 David Spade is a long long longtime friend of the show – he even wrote the tribute to Howard when he was named one of TIME Magazines’ Most Influential People in 2006.

David has never been shy about mixing it up with Howard and expressing his opinions on everything. Howard was interested right off the bat in David’s thoughts on Melissa McCarthy’s performance as Chris Farley’s legendary ‘Matt Foley’ character. He likes Melissa a lot, but he wasn’t in love with the sketch.

Speaking of Saturday Night Live, it’s a legendary story that Eddie Murphy called David on the phone to bitch him out when David made a joke on Weekend Update about Eddie being a ‘falling star’. It turns out Eddie made an equally insulting joke about his fellow Saturday Night Live alum (and original cast member) Garrett Morris.

You would think that David would be the most successful person in the Spade family, but his brother is doing pretty well too. Andy Spade is married to Kate Spade and their accessories business is worth billions of dollars.

And, naturally, he gave it up to his boy Adam Sandler, who produced his new movie Joe Dirt 2, which is available exclusively on Crackle.com.