Howard Is Finally Done with ‘AGT’

Musician serves up a live tribute to Eric the Actor 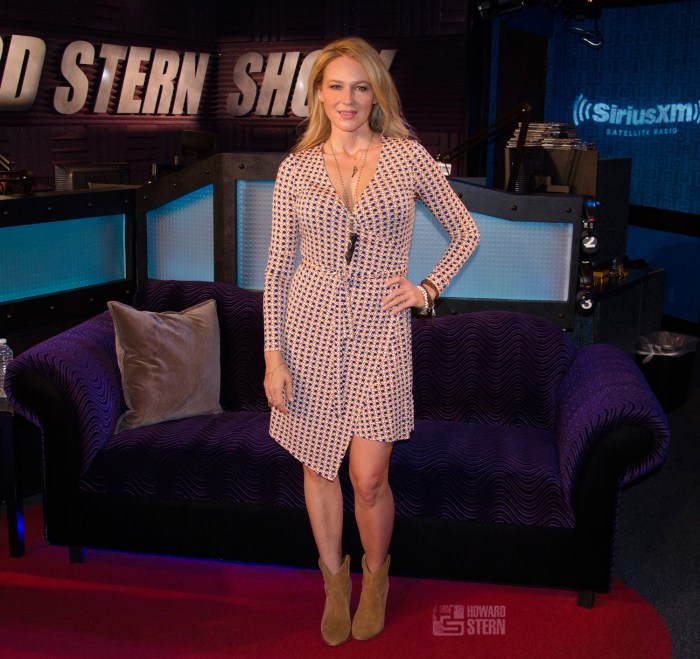 Singer, songwriter, poet, producer, actress, and all-around artist Jewel stopped by to talk about the exciting release of both her memoir “Never Broken: Songs Are Only Half the Story” and her brand new album, “Picking Up the Pieces,” as well as to perform a tribute to Eric the Actor upon the one-year anniversary of his passing. Check out some highlights below and listen to the full interview on SiriusXM’s On-Demand.

A Toxic Relationship With Her Mother

Diving into a discussion about the difficult upbringing Jewel details in her memoir, Howard noted that the “book is pretty heavy.” Bouncing between an array of abusive relationships with family members in Alaska and Hawaii, Jewel described the crippling effect these people had on her emotionally early on – not least of all her mother.

“I always wanted to believe my mom loved me,” she told Howard. Ultimately, after ruining Jewel’s finances as her manager, the two signed a “business” agreement severing all ties, but it also extended into their personal relationship. “I’ll always miss having a mom, but she’s not that person,” Jewel concluded.

A Tribute To Eric The Actor

Though it came too late to make the album, Jewel performed a tribute to Eric the Actor in honor of the one-year anniversary of his death.

“If he was alive, he’d just be in ack-ack heaven,” Howard gleamed.

Dolly Parton Is On The Record!

Unlike Eric the Actor, Dolly Parton did make it to the new album, recording a duet entitled “My Father’s Daughter” with Jewel.

Before inviting her to be on the song, Jewel explained, she didn’t know Dolly personally. She wrote a letter to Parton’s manager and asked that it be forwarded to her — and after only reading the lyrics, she agreed to record with Jewel.

Jewel also recalled how when Dolly met her at the studio, the legendary singer made a point of telling her to speak up if she had any notes, but still brought her own musical director in case Jewel was too nervous to correct her.

The Gruff Mentorship Of Neil Young

Dolly Parton wasn’t the only musical legend that came up in the interview today. Howard asked about Jewel’s bizarre first meeting with Neil Young, which she mentions in her book.

While visiting Young’s house, in her nervousness, Jewel saw him playing piano and asked, “Neil, is that a C-chord you’re playing?” He got up without saying anything and walked away before his daughter explained that he tends to do that when he thinks someone asks him a stupid question.

Nevertheless, Neil ended up becoming an important mentor for Jewel throughout her career and she recounted her experience opening for him at Madison Square Garden as well as the advice he gave her. Listen above for the full story.

Later in the interview Howard played a clip from when actor Rob Lowe was on the show and bemoaned that when he filmed “The Lyon’s Den” with Jewel, she refused to kiss him.

Jewel explained that it was nothing personal; she had just gone through some really intense stuff with her mother at the time and was in a rough place emotionally. The script called for a passionate kiss, which she initially refused to do. Ultimately, after asking if it was absolutely necessary, she relented though, admitting, “It’s a pretty hot kiss!”