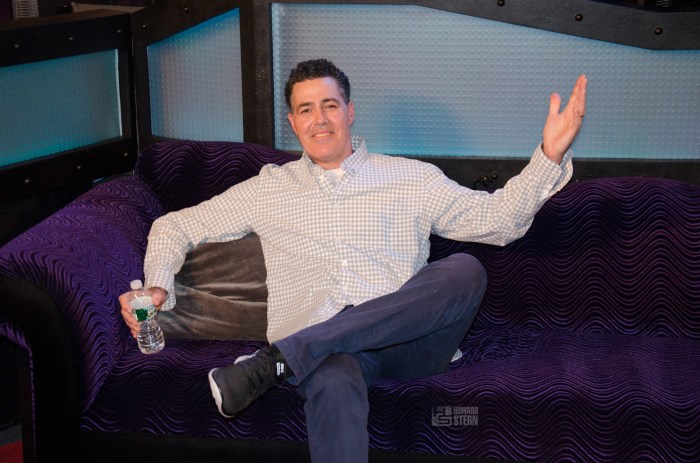 Radio personality, host, comedian, actor, filmmaker and multi-jobbed-faux-Jamaican Adam Carolla stopped by to catch up with Howard about all of his projects this morning.

One of the projects Adam recently finished up and released was a documentary about Paul Newman’s incredible passion for racing cars. In the process, Adam ended up buying all of Newman’s old cars and racing them himself as well.

Howard wondered if it’s hard to be great at any one thing when Adam does so much. Carolla agreed, saying he would inevitably be better at things he spent more time on, but he didn’t obsess over becoming a racing champion like Paul Newman did, so he felt he was fine.

Newman was an amazing man though and Adam said he tells people to watch the documentary with their kids and say, “That’s how you’re supposed to be.”

“Road Hard,” comes out on DVD a week from tomorrow and it features Adam as both the lead actor and director. If you haven’t checked it out, be sure to catch it on your home screen.

Speaking of making films, Adam mentioned he saw all of the Pope coverage on TV and subsequently wants do a “Boyhood”-type film following one of the kids people pass through the crowd “like a doobie” at a concert for the holy kiss to see what happens throughout their life.

His Most Famous Friend, Kevin Costner 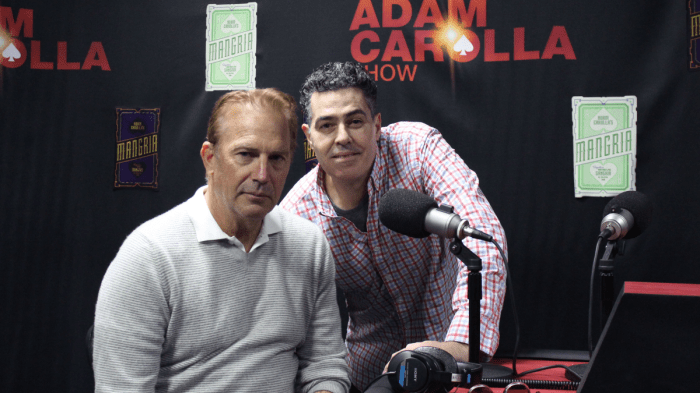 Howard brought up that he had heard Adam is friends with Kevin Costner and wondered how that happened.

Adam recounted a painfully hilarious story of being asked to do an injured veterans military benefit where a general got up on stage to lambast him for doing the Pledge of Allegiance with a drink in-hand. Coming back on stage, Carolla quipped: “Look I didn’t know this was an intervention, I thought we were honoring the families.” Costner, whose band was closing the evening, was impressed by Adam’s recovery and invited him to hang out at his ranch.