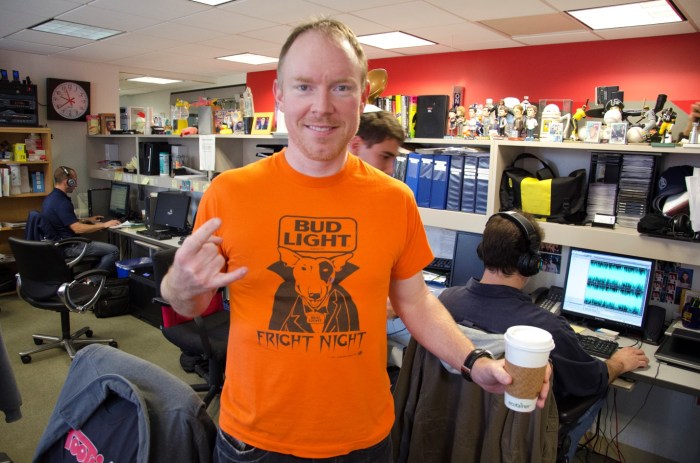 Lightening the mood a bit, Richard Christy came into the studio after Howard played a voicemail Richard’s father had left him about catching a “coon” and then releasing it. Apparently it isn’t “coon” season, so Richard’s father didn’t want to eat it (which he frequently does).

Howard also wondered why Richard always goes to Florida just to visit the haunted houses. “Why grow up; life is short,” Richard, who is a horror movie aficionado, cheerfully responded. It’s his 19th year going down to Universal and he said it was as great as ever this year. “It was a freakin’ blast!”

Howard also revealed that Richard bonded with Neil Patrick Harris over their love for haunted houses and plan to go to a few together.

Aside from Halloween, Richard’s October obsession is pumpkin beer – he even had to get a storage unit to hold all of his beer and decorations because they didn’t fit at home. But since the pumpkin beers have a lot of calories, Richard skips breakfast and eats a very light lunch to avoid gaining weight all month.