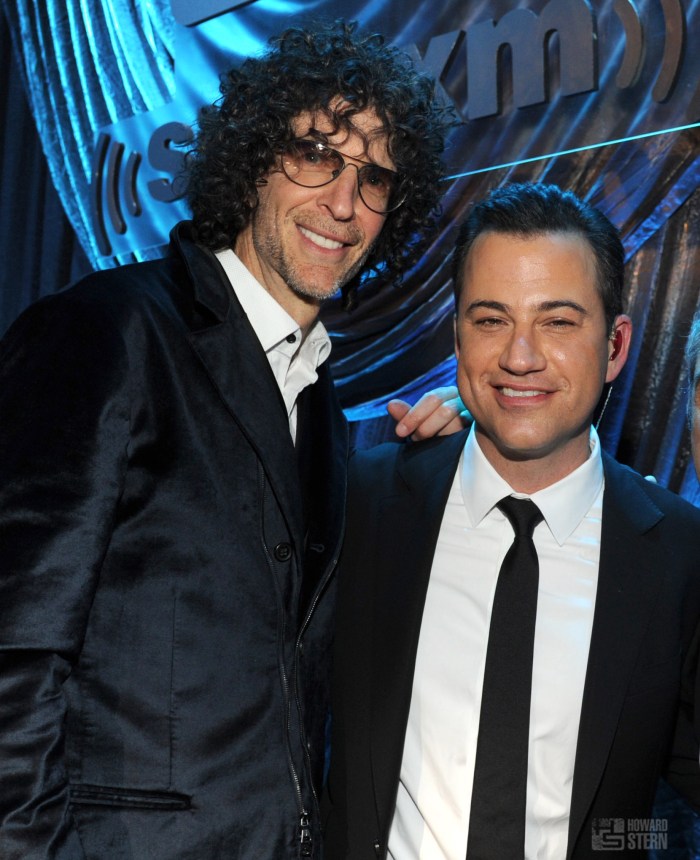 Since Kimmel has done so much with the Stern Show and is a friend, Howard said he finally caved in and will begrudgingly appear on “Jimmy Kimmel Live!” this Friday.

The reason he hates doing TV appearances has nothing to do with Kimmel or Fallon or any of the guys though, it has everything to do with his own look. “All of this looking at myself, it’s horrible,” Howard groaned, explaining that even as a judge on “America’s Got Talent,” he made them change all of the cameras to shoot him from the right instead of straight on.

While he sees a “reasonably good-looking guy” staring back at him in the mirror, Howard said he does not like the way he looks on camera much of the time. Robin tried to reassure him that cameras lie, but he didn’t buy it.

Nevertheless, he will appear on Kimmel’s show and Robin thinks it’ll “be like a domino” effect causing Howard to end up doing Fallon and the others as well.