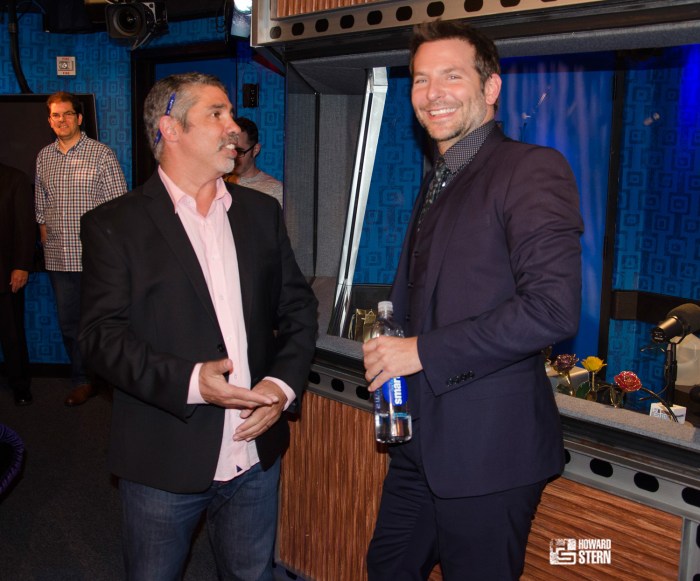 You may remember that Stern Show executive producer Gary Dell’Abate had a lapse in judgement back at the White House Correspondents’ Dinner back in April and asked Bradley Cooper to come over to say “hello” to his table full of Sirius executives and friends. Howard was incredulous as to why he would commit such a faux pas.

Today, Gary officially apologized to Bradley, who was not so much disappointed in the request as much as that at the time he had wanted to catch up with Gary.

We can all rest assured that it won’t happen again after today.