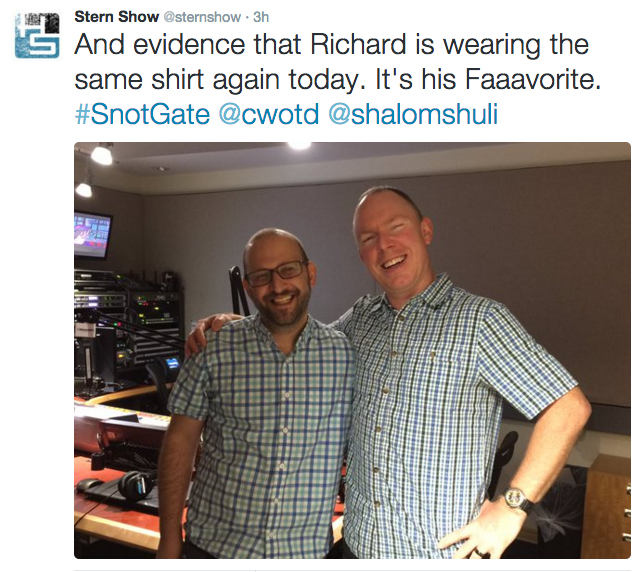 Reports came in from the back office that Richard was seen during a meeting wiping his snot on his shirt after sneezing — and there is video to prove it. Even worse, Richard came in today wearing the same exact shirt, snot and all.

“I just kind of forgot,” he told Howard when pressed about it.