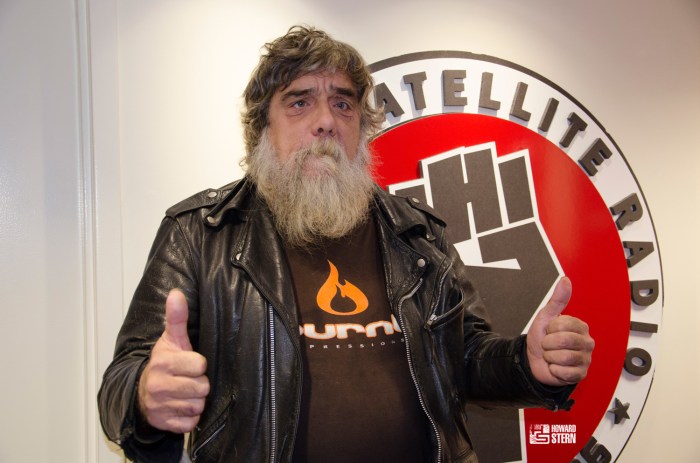 After an extended hiatus from the air (and a scare a few months ago that he was missing), the one and only Bigfoot made it all the way from Vermont to be in-studio live this morning.

Since his last visit, Bigfoot confirmed that he broke up with Danielle (who still has a penis for those wondering) because she ran up a $500 bill ordering PPV specials. He just recently got his cable back after paying off the bill.

In retrospect, Bigfoot told listeners that his top relationship advice was to “keep separate bank accounts.”

Without Danielle in the picture, Howard wondered whether Bigfoot got back with the mailman who was allegedly paying him for sex. But Bigfoot said that arrangement was no more. “Mailman’s gone because I turned him in at the post office, I did,” Bigfoot explained. “I just didn’t feel comfortable with it.”

Howard also wondered how the Vermont-native handled his finances. Bigfoot told him that he gets government aid and Pathways pays his bills for him. “I can’t write out checks. I can’t read or write, remember?”

After catching up, Howard brought in a surprise — “President of the United States Barack Obama,” whom Bigfoot has alleged stole many of his ideas without giving him credit.

Seeking to settle the debate, Howard pitched the two intellectual powers against each other with a series of questions in the form of a debate. Hear all of their policies below:

The Unholy Sound From Bigfoot’s Mouth

And just when you thought Bigfoot was finished for the morning, he let loose an unholy burp-roar originating deep in his gut, which he blamed on “gastritis.” Before the show, he fired one off that even hit Shuli, much to his horror. Listen below: