Actor, writer, and filmmaker joins the show ahead of his new film "The Night Before" 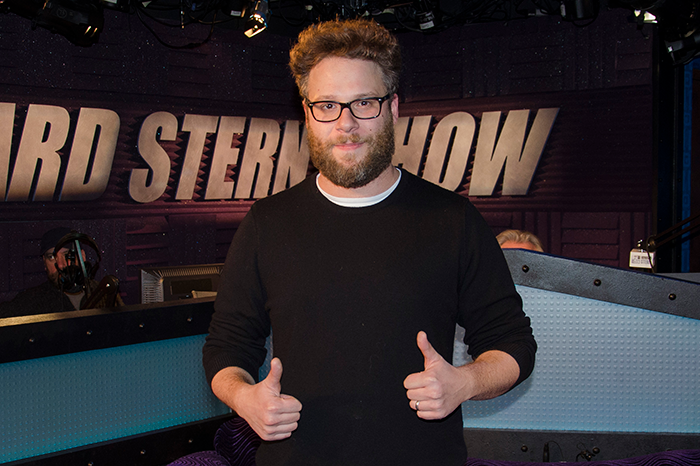 The Stern Show had last heard from Seth Rogen when he called in to the show from Michael Strahan’s dressing room at “LIVE with Kelly and Michael,” but on Tuesday he came into the studio for a real live visit.

Catch some highlights from Howard’s interview with the always-hilarious actor, writer, and filmmaker below!

His Version of the Now-Infamous Phone Call

Seth explained he was scheduled to talk to Howard at 7:45 a.m. and was running a bit late, so he needed to get to a phone and some quiet space immediately when he got to Kelly and Michael’s studio. Having the choice of either Michael Strahan or Hugh Jackman’s dressing rooms, Rogen chose the host’s, seeing as he was less likely to get upset about it.

Shortly into the call, though, Strahan’s team started indicating Seth should leave. “They very quickly wanted me the fuck out of there,” he told Howard. “It was super weird if you ask me.” 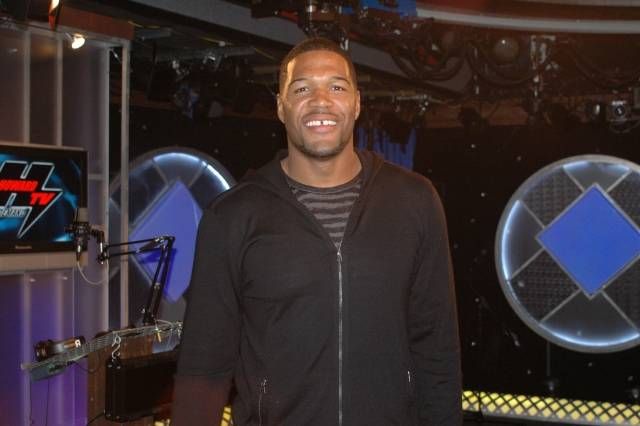 Still, he thinks it was probably a bigger deal for Strahan’s people than Michael himself, who later hopped on the phone with Howard as well. Seth said he thinks, for Strahan, it was “one of the cooler things he got to do that day.”

Neither Michael nor Kelly brought it up on the show during his interview, though. “That’s how bullshit the media is,” Seth joked.

Another story that lives on Stern Show infamy comes from Seth’s 2014 appearance during which Seth spoke unkindly of pop star Justin Bieber.

“I doubled down … I did a classic double-down,” Seth explained to Howard, laughing. “I can admit, again, harsh words given the circumstance,” he continued, adding, “But it was a joke.”

Recently, he ran into Justin at Ellen DeGeneres’ show. Rogen told Howard that he didn’t actually find out they were both booked until after he was headed to the set and his mom called to tell him it was Justin Bieber Week on “Ellen.” “I do this a lot where I say super fucked up shit about famous people never thinking that I’m going to have to be face-to-face with them one day,” he continued.

It turned out though that Justin was reportedly a Rogen fan. So, after Bieber’s manager, Scooter Braun stopped in to make sure it was fine for him to come by, Justin himself showed up. “It was very polite,” Seth recounted. Seth complemented Justin’s Comedy Central roast and Justin asked a lot of questions about what Seth was working on. “I tried to find common ground with him,” Seth explained.

They ultimately took a photo together and buried the hatchet without ever really addressing the incident directly.

His Take on the Late-Night Shows

Rogen, who frequently promotes various projects on the late-night circuit, told Howard that he doesn’t really have a preference between the shows. He explained that now the whole goal isn’t even to talk about the project, but instead to make a new viral hit online like he did with Wozniak on Fallon.

Personally, though, he enjoys Jimmy Kimmel’s show because he feels like he can always tell him a crazy story. “I personally know him the best … I really like him,” Seth said.

Seth’s visit was to promote his Christmas movie “The Night Before,” starring Joseph Gordon-Levitt, Anthony Mackie, and himself.

Rogen told Howard it’s sort of a “coming-of-age” story and has a lot of “emotion” in it. The movie opens Friday, Nov. 27 opposite the latest “Hunger Games” installment, so Seth joked he was competing for the No. 2 spot.

After the hacking scandal over “The Interview,” Sony executive Amy Pascal stepped down from her position. As a result, she took over Seth’s office at the lot.

“It was the best office on the lot,” he told Howard. Apparently Seth knew it was coming. Pascal had been told him for a while that she would take the office back if she ever stopped running the studio.

“We didn’t fight it … I don’t think we could have honestly,” Seth said, assuring Howard he and Pascal were still close.

JD Would Try Pot … But Only With Seth

Howard told Seth later in the interview that the Stern Show’s own JD Harmeyer has never smoked pot and had said he would only really do it if it were with Rogen. But Howard soured the deal after telling Seth about JD’s sheet-washing habits (or lack thereof). Listen to Rogen’s response below.