In 2013, the in demand director talked "Star Wars," "Star Trek," and the weirdest meeting ever with Eddie Murphy 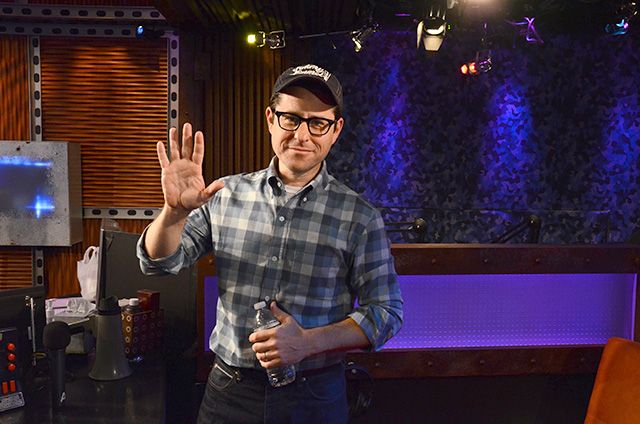 Today on the Stern Show: JJ Abrams and Mick The Nerd

Director J.J. Abrams last dropped by the Stern Show in 2013, right before the release of his follow up “Star Trek” flick, “Into Darkness.” An interview with Howard always includes some mind-blowing stories and J.J. had plenty to share that morning. Who had the worst audition he ever encountered? Why did Eddie Murphy turn off all the lights during a meeting with J.J.? And how close he came to turning down “Star Wars.”

Here’s what J.J. Abrams said…previously on the Stern Show. 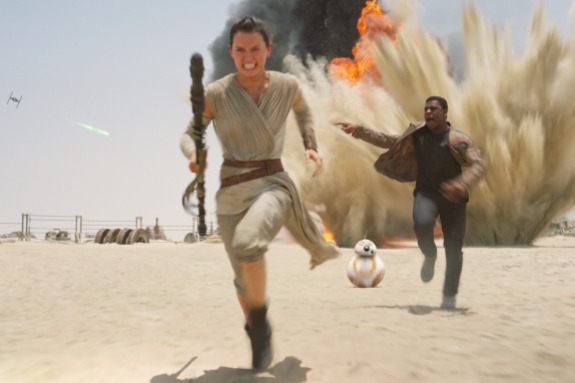 Millions of moviegoers have already bought their tickets to see “Star Wars: The Force Awakens” this December. But the anticipated release was almost directed by someone other than J.J. Abrams.

“I was working on ‘Star Trek’ and I got a call through my agents about if I would be interested,” J.J. explained to Howard. “I was in the middle of this insane movie. I thought, ‘I can’t even think about it.’ So I said, ‘no thank you,’ and went on my way. I think they went to a few other people and had conversations and ended up coming back to me and asking if we could just sit down.”

J.J. took a meeting with Kathleen Kennedy – a longtime film producer, famous for working with Steven Spielberg, who now holds the title of president of Lucasfilm.

Even though J.J. and his wife Katie had made plans to go away for six months after “Star Trek” wrapped, he knew after that meeting with Kennedy that taking on “Star Wars” was a once in a lifetime opportunity. 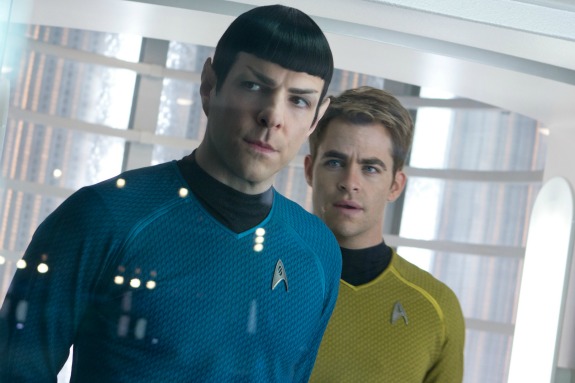 Do you have to be a hardcore “Star Trek” fan in order to make a great “Star Trek” movie? Evidently, no. J.J. admitted to Howard in 2013 that he didn’t grow up watching any of the crews of the USS Enterprise.

“I was never a ‘Star Trek’ fan,” J.J. said, explaining that it was much more important to him to make a movie that worked on its own, not something that imitated the films that came before it.

A big part of what has made the new “Star Trek” films successful is J.J.’s mastery of shooting action sequences. He took Howard through his process, detailing how he plans out a scene while directing a movie.

“One of the fun things is, you figure out what do you want this shot to be – how do you want it to look?” J.J. said. “A lot of times you can get into crazy CG stuff but then it looks fake. So, if you think, ‘well, how do I make it look real?’ A lot of the time, exterior scenes are shot on a stage and your eye goes, “that’s not sunlight.”

J.J. opted for building stages outside, all on one lot, which not only gave the scenes of “Star Trek” more realism, it helped keep production and crews all in one place.

So what does J.J. say is the best and worst part of making films?

“People ask me what my favorite part of writing, producing and directing is,” J.J. told Howard. “When you’re directing, it means that the writing and producing is worked. To me, the hardest part is the producing part – getting it all figured out.”

Part of producing a film is finding the right actors for the right parts, something J.J. is not a fan of.

“I don’t like sitting through casting,” J.J. admitted. “It drives me crazy. People come in, I want to give them the part, but no one is going to get the part but one person.

During casting for his hit ABC series “Alias,” J.J. encountered the worst audition he had ever seen, explaining: “Only one time have I seen someone come in, who was the fucking worst, who I gave a little direction to, and turned it around and got the part.”

That actor was up for a bad guy role on the series and his first take was a bit more over the top than what J.J. was looking for. After giving the guy a quick note, J.J. says the actor turned into “Laurence Olivier” and ended up landing the part.

A MEETING WITH EDDIE MURPHY 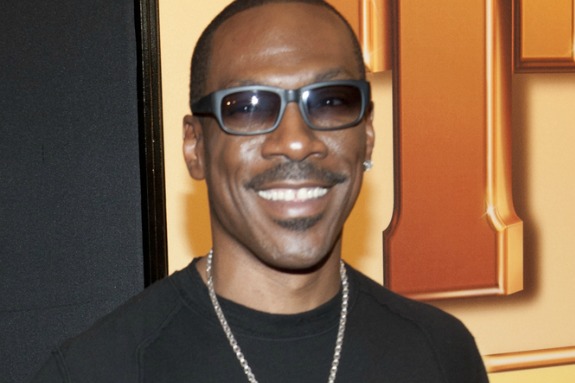 Early on in J.J.’s now impressive career, he received a phone call saying Eddie Murphy wanted to meet with him. The Eddie Murphy.

“I was a huge Eddie Murphy fan,” J.J. said. “So I went in to meet Eddie Murphy and it was this office with no lights on. Like, a huge office! And there were these big guys there, sort of bodyguards. Eddie’s at the desk and I sit in this chair and I’m not a very tall person as it is but I just sink into this chair. And he was really, incredibly serious and very quiet. I just thought this was what he liked to do. It was a very uncomfortable meeting. It was one of those things where, a few minutes in, it felt like he had thought that I called the meeting. There was no connection. It was the weirdest thing. It never got anywhere. It was like me meeting someone who was some sort of an idol and being kind of scared. It felt like a meeting that had it not been in Hollywood, there would have been plastic on the floor.”

Was he trying to be intimidating? J.J. still isn’t sure but a few years later, he ran into Eddie again and the two had a “genuine” conversation. 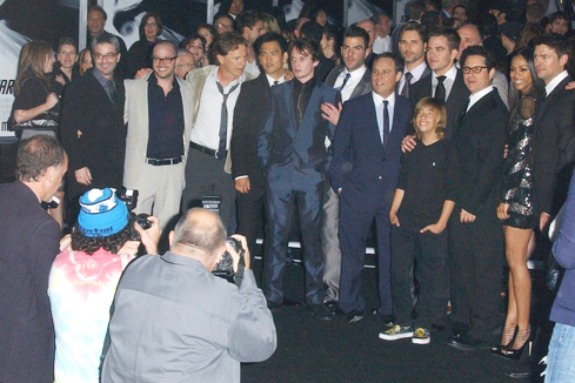 Even though J.J. was never a “Star Trek” fan boy (he’s never even attended a convention) he still appreciates how important the devoted Trekkies are to the film franchise. While shooting the second installment, fans and members of the press tried to take photos of the set, some even using telephoto lenses from half a mile away.

“I am so grateful to those people because you want people to give a shit,” J.J. said. “You want people to care. If there aren’t people who are trying to find out what’s going on, then you gotta have to try and trump it up and make noise.”

There was a time though that the fans went to far in order to find out what J.J. was up to. An early draft of a script J.J. had written for a Superman movie was leaked onto the Internet. The website that published it provided a scene-by-scene analysis of what J.J. had initially put on the page.

“One morning, I got an email from a friend of mine saying I should go check out this website and I did,” J.J. said. “And on the website was this review, scene for scene, of this early draft of the script. It was this massive, endless review. And that wasn’t even the worst part. It was the comments afterward.”

Fans ripped the proposed film apart and Warner Bros. ended up shutting down the Abrams project.

“It’s one of the reasons why I’ve become more paranoid,” J.J. told Howard about how the incident has changed him.

Don’t feel too bad for J.J., though. He’s living the dream as the director of the next “Star Wars” installment.

Most are banking on “The Force Awakens” to be a blockbuster – another hit in a long line of successes for Mr. Abrams. How does he deal with the pressure that comes from taking the reigns of such a beloved franchise?

“I always feel pressure. But I also feel like, what the pressure means is there are people who care about these projects and there’s an opportunity to provide them with entertainment and some magic. There’s an audience waiting for something and to me, that’s a gift.”

Tune in on Monday for an all new J.J. Abrams interview to hear what he’ll say next and be sure to check out “Star Wars: The Force Awakens” in theaters this month!