J.J. Abrams returns to the studio to talk 'Star Wars,' and Mick the Nerd asks some intense questions 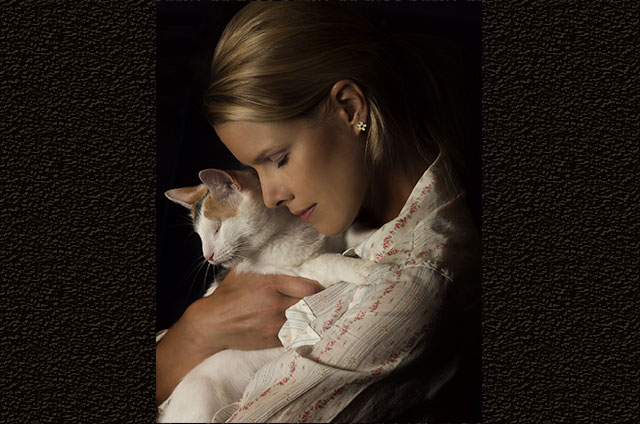 After a few days off for the Thanksgiving break, everyone came back rejuvenated. Robin said she went to see “Hamilton” on Broadway over the break and loved it. Howard reminded her that he didn’t get to see it with Jimmy and Molly Kimmel because Oprah (or someone) took his tickets.

“I also went to see Bob Saget in ‘Hand of God,'” Robin told Howard, who was amazed anyone hired Bob to be in anything without little kids. “It is really good!” Robin insisted though.

Howard did a benefit with Beth for the North Shore Animal League a week ago and got Amy Schumer to come and speak. Howard said he and Beth ran into Amy at a pool in LA recently and she had told Beth she would come, but Howard thought Schumer was just being nice. Low and behold, Amy came and Howard said he thought it was only because she owed him for Judd Apatow hearing her initially on the Stern Show.

Speaking of Beth though, her new children’s book, “Yoda Gets A Buddy,” comes out Tuesday 12/1. 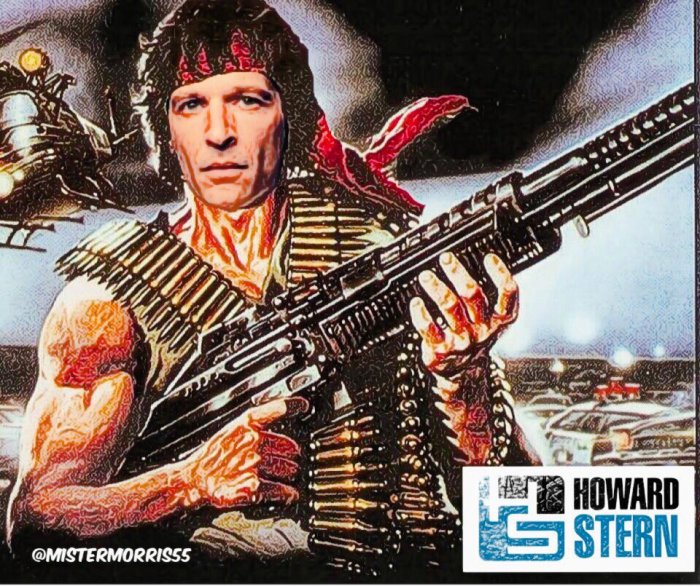 Howard said he recently re-watched “First Blood,” and was reminded of how amazing it is. “Oh my god is that a great film!” he raved. He also found it interesting that the same guy who directed the film, Ted Kotcheff, also directed “Weekend at Bernie’s. “

Fred also reminded Howard of the best scene of the movie in their opinion — when John Rambo is hanging off a cliff and takes down a helicopter with a rock. That’s a pretty hard scene to top!

Of the news Howard read while off the air, one disturbing story stuck out to him and after going on a whole rap with it to Beth, decided he’d also bring it up on the air.

What’s with this New York City super who got caught breaking into a tenant’s apartment to steal her lingerie? 32-year-old José Cedillo was arrested after getting caught on camera by a tenant named Ashley Chase (with an app called Presence) allegedly swiping her Victoria’s Secret underwear. “I’m pretty pervy and even I wouldn’t do that,” Howard joked. Everyone agreed his crime was almost as bad as the fact that she has to pay $1,800 for a studio apartment. Thanks NYC. Someone get this woman a free month of rent for her troubles.

“Ronnie says he does it twice in a day and he’s older than me,” Howard complained. When asked if he would ever take Viagra if he needed to, Howard said that he would not, figuring Beth would be fine not having sex with him anymore.

JD’s Bed Sheets Are On A Wash Cycle 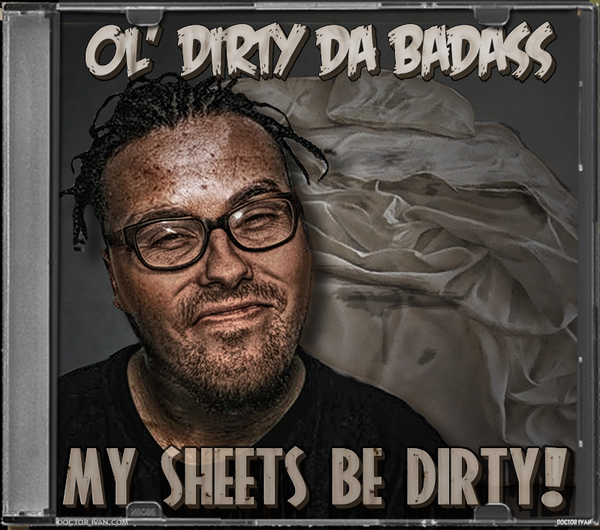 After playing some parody songs dedicated to JD and his dirty bed sheets, Howard checked in on the son he never had to see how often his sheets were getting washed.

“What’s your schedule now that you’ve been humiliated?” he asked. JD assured everyone that he was doing it about once every two weeks now. He still won’t submit to a black light test yet — but maybe in time.

With JD’s cleanliness back on track to some degree, attention turned to stories of Richard Christy‘s past hygiene. Sal Governale said that when they used to go on tour together Richard wouldn’t brush his teeth, instead opting to wipe them with a hand towels (that according to Sal are only really there for people to jack off into) because they were “on vacation” after all.

Richard mused that he might have missed the lessons on proper dental hygiene because both of his parents have the fake teeth. After getting dental insurance, Richard said he went to town and got everything fixed. “Everyone’s insurance went up; Richard’s on the plan!” Robin quipped.

Going back even further to the days when he lived in a storage unit, Richard said his bed was probably right up there with JD’s considering he would “wake up in a puddle of sweat” from the heat and only showered about once every three weeks – and with a garden hose at that.

Howard Is A Recluse 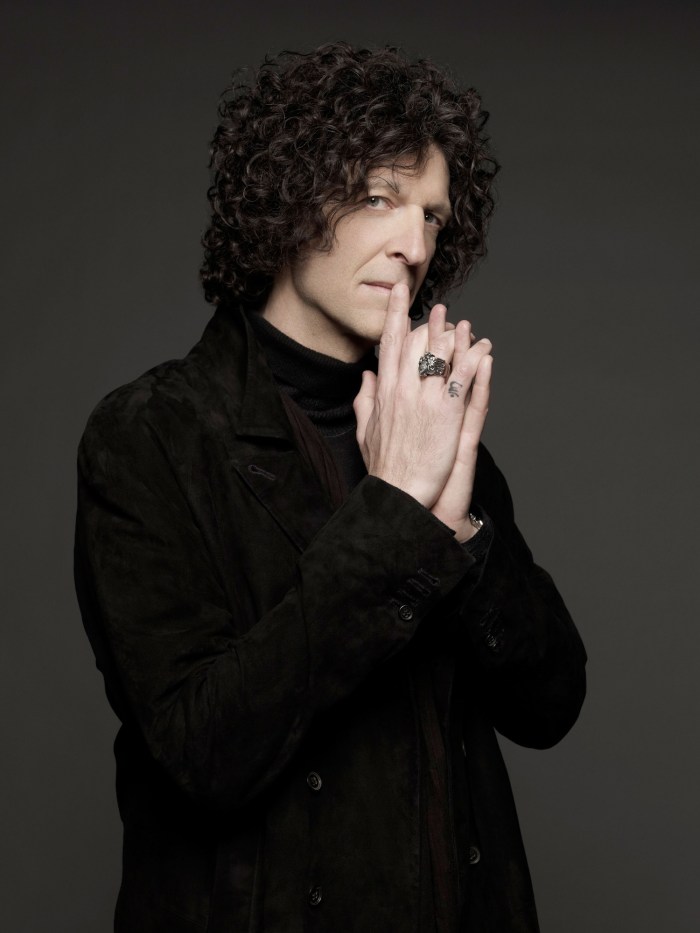 Howard revealed that JJ Abrams would be coming in to talk about directing “Star Wars” later in the morning, but when a caller asked if he got an advanced screening, explained that he kind of hates going to private screenings and prefers when the film studios just send one to him to watch at home – but that hasn’t happened with “Star Wars” because it’s being kept under such lock and key.

“I’ve become such a recluse,” Howard told Robin. To prove it, he took one of those online personality tests, which concluded he was an “off the charts” recluse.

In other news, Howard has been debating doing something different with his hair – maybe a slicked back Steven Segal-style ‘do. He’s worried though that Beth will think: “That’s too much face for you dude.” 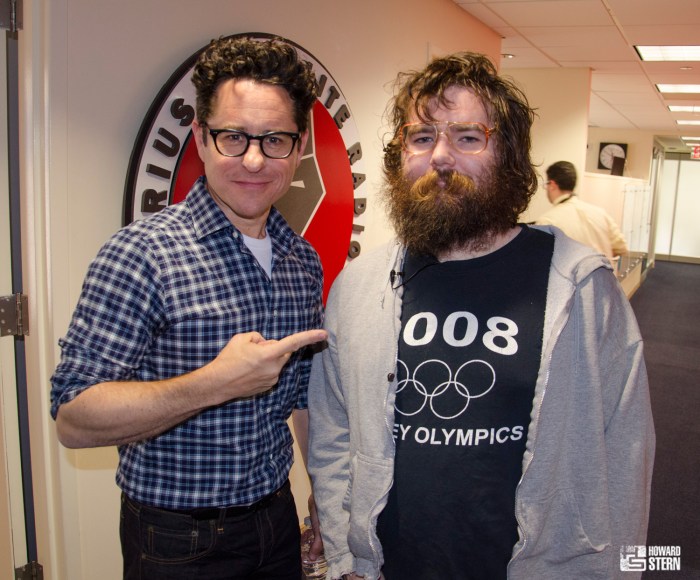 After J.J. left the studio, Mick the Nerd stayed and was joined by Wolfie to give Howard some updates on a few things – most pressing of which was his love life.

Mick reportedly snagged a date with a “super hot girl,” but afterwards decided that he only wanted to be friends with her and after hearing the tape Wolfie took of their interactions, everyone could tell why. Mick’s nerdy interests were far too out there for the woman, who herself made a living hosting horror conventions and other events.

“It was a very good hangout,” he said, but “I’m kind of more personality than looks honestly.” Given the option of being stranded on a desert island with either Wolfie or this woman, Mick told Howard he would choose Wolfie – though he isn’t gay.

One woman Mick does have a thing for is our very own Robin Ophelia Quivers, though! “I’m trying to keep it as not creepy as possible,” he told Howard as he downplayed his love for her. Wolfie added that Mick really likes the sound of her voice – as we all do. But when Howard gave Mick the hypothetical option of sex with Robin or an advance screening of “Star Wars,” his “nerd” moniker stayed true and he chose the movie.

Will The Real Patricia Krentcil Please Stand Up? 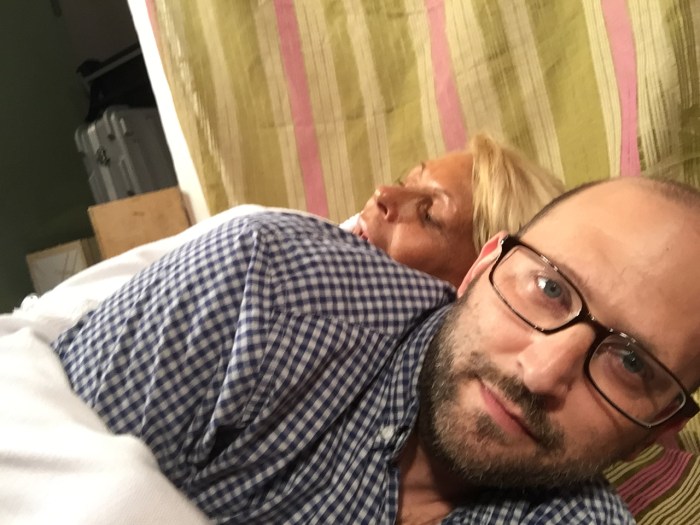 Later in the morning as Robin did the news, Howard announced that there were two different people were on hold claiming to be Tan Mom.

This led to a dueling Tan Mom phone call as Shuli’s impression battled it out with the real Patricia Krentcil. The results are obviously a must-listen.