The acclaimed director, producer, and writer reveals when he first took an interest in the comedian 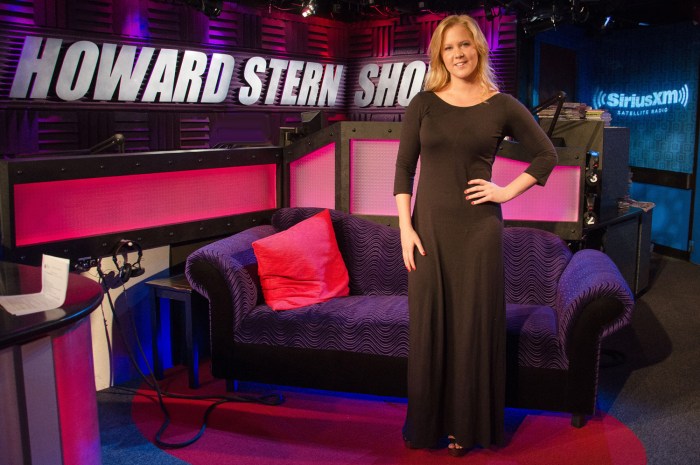 Judd Apatow is known amongst the comedy ranks as having something of a golden touch, but on Tuesday he took a moment to tip his hat to another powerhouse tastemaker – none other than Howard Stern himself.

The acclaimed director, producer, and writer behind one comedy hit after another dropped by the Stern Show and revealed to Howard how he first became interested in working with the über-talented Amy Schumer (whom he co-wrote the upcoming “Trainwreck” flick with).

“First of all I’d like to say thank you, because after listening to the show for 32 years, you finally made me some money,” Apatow joked. He remembered driving to work and hearing her in an interview years ago with Howard talking at length about her relationships, her dad having MS and how dealing with that affected her. It was “really dark humor,” he recalled.

Apatow found himself unable to leave his car for an hour as the interview progressed. “In my head I thought, ‘Oh, these are movies!'” he told Howard. Though he had not known much about Amy prior to hearing the interview, Judd saw real heart in her answers, describing her Stern Show stories as “riotously funny” even though she was talking about a grim subject like her father battling a terrible disease.

Howard wondered how Judd could tell she would be a great actress after only hearing an interview with her. “You don’t know,” Apatow conceded continuing that all he can do is take a chance that either pays off or doesn’t.

Check out a clip from Amy’s fateful interview below: