J.J. Abrams Reveals Why Luke Isn’t in ‘The Force Awakens’ Trailer, and More

J.J. Abrams Reveals Why Luke Isn’t in ‘The Force Awakens’ Trailer, and More 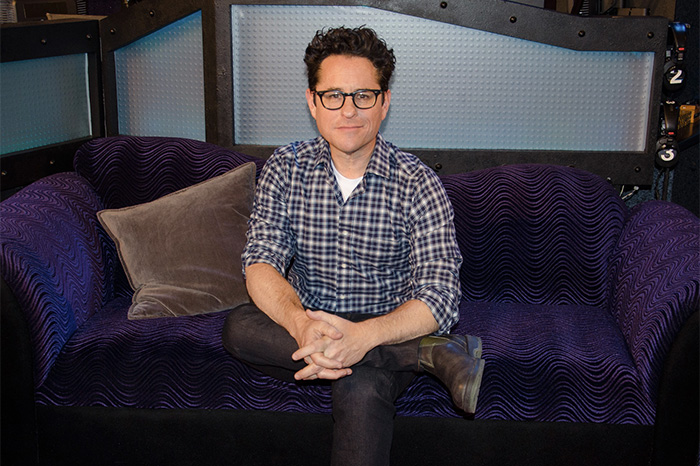 J.J. Abrams joined Howard Stern in the studio on Monday for an engaging and revealing interview, mostly centered around his highly anticipated new film “Star Wars: The Force Awakens,” which hits theaters on Dec. 18.

The legendary director, writer, and producer touched upon several topics, from the lack of Luke in his film’s trailer to the time he broke his back on set trying to save Harrison Ford. Here are some of the highlights:

1. Why Luke Skywalker Isn’t in the Trailer

The world knows Mark Hamill’s character Luke Skywalker is returning for “The Force Awakens,” but as of yet he still hasn’t turned up in a trailer.

“Here’s the thing,” J.J. told Howard. “I really want to make sure we’re not ruining the movie for people … You don’t have to ruin the movie.”

He said it sucks when too much story gets revealed in a trailer, so he vowed not to do the same with “The Force Awakens.” If anything, he wants the trailer to ask more questions than it answers.

2. How J.J. Literally Broke His Back Trying to Save Han Solo

You probably heard Harrison Ford broke his leg back in 2014 when a hydraulic door broke on the set of “Force Awakens” and slammed down on his ankle. But what you might not have heard is how J.J. broke his own back — literally — while trying to rescue his actor.

“His ankle went sideways – like 90 degrees,” J.J. explained. “And I’m there with one of my idols who is now down on the ground. I go try to lift up this door, like any of us would, with a kind of Hulk I’m-Gonna-Lift-the-Car-Up energy … What I discover is that a hydraulic door cannot be lifted unless it wants to be lifted. And that bones break.”

J.J. said he “heard this pop,” but he didn’t immediately seek medical attention because he was more concerned with the health of his Han Solo: “All day my back is hurting, but all I care about is that Harrison ford has broken his ankle.”

The pain persisted, however, and J.J. eventually visited a doctor. He said his doctor’s face turned white after he looked at some x-rays, and told him, “Oh my god. Your back is broken.”

3. Why J.J. Originally Passed on ‘The Force Awakens’…

The director has always been a huge “Star Wars fan,” but as he told Howard on Monday he was wary of making another sequel, even “The Force Awakens.”

After a conversation with LucasFilm’s Kathy Kennedy, however, J.J. changed his mind.

Why? He fell in love with “the idea of rediscovering this world that had been created.”

“As we were talking about it, I found myself on fire,” J.J. told Howard. “The idea that Luke Skywalker, Han Solo, Princess Leia … that people wouldn’t even know who some of these characters are. The thing that got me was a new, young character … asking ‘who is Luke Skywalker?'”

5. On the Black Storm Trooper Controversy

The first “Force Awakens” trailer showed black British actor John Boyega playing a stormtrooper and fan reactions were mixed. Many were happy to see more diversity in the “Star Wars” universe, but others objected to the notion of a black stormtrooper.

Howard asked J.J. if he could explain the negative reactions.

“You tell me,” J.J. responded. “All I know is that John Boyega is extraordinary in the movie … I think that the people complaining about that probably have bigger problems than a black storm trooper.”

6. On the Daniel Fleetwood Screening

“The Force Awakens” hasn’t been screened by many, but Daniel Fleetwood, a Star Wars super fan who passed away in November, was one exception.

“There was this gentleman, Daniel Fleetwood, who was sadly, terminally ill,” J.J. explained. “We’ve been lucky to show this film to a handful of people in unfortunate situations.”

Howard wondered whether he was worried about the possibility of a negative review.

“These are not people who are looking to screw us over,” J.J. responded. “The fact that people care enough [to make this] a dying wish; it’s very touching.”

7. On the Death (and Broken Nose) of Leonard Nimoy

J.J. directed Leonard Nimoy in the “Star Trek” reboot, and when the legendary sci-fi actor died earlier this year, J.J. attended his funeral, too. J.J. didn’t speak at the service, but he had only kind words to say about the man who first played Mr. Spock.

“He was such a gentleman. He was very, very fun.” J.J. told Howard.

Then he shared a story that few know, about how Leonard actually broke his nose on the set of J.J.’s “Star Trek” reboot.”

“He fell, he hit his nose… he had a gash on his nose,” J.J. revealed. “I thought, ‘holy crap, this is a disaster.’ I felt horrible. I wanted to kill myself at this point.

“But we kept shooting; he was a rock star.”

8. On How ‘Star Wars: The Force Awakens’ Will Perform at the Box Office

Many people expect J.J. Abrams’ new “Star Wars” entry to be the biggest film the world has seen, but the director thinks everyone needs to cool their jets a bit on those predictions (which put the film at upwards of $1.5 billion worldwide).

“All these expectations need to be tempered,” he told Howard, after explaining that sequels are rarely as successful at the box office as the original installments.

Was J.J. just being modest? We’ll find out after “Star Wars: The Force Awakens” opens Dec. 18.