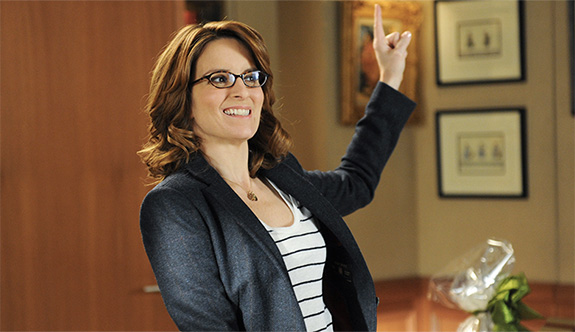 Tina Fey will be back on the Stern Show couch on Tuesday morning! She’s funny, she’s gorgeous, and she definitely doesn’t hold anything back whenever she talks to Howard. Catch up on everything Tina’s said previously on the Stern Show and watch the trailer for her new movie “Whiskey Tango Foxtrot” below.

Showing Under-Teet and Saying the C-word

During her last visit, Howard talked to Tina about how she’s been embracing her sexiness, especially in the 2015 comedy flick “Sisters” where Tina showed off a little “under-teet.”

“I feel like this is the last chance,” Tina joked. Comparing herself to Will Ferrell, Tina also said she doesn’t really care if anyone wants to see her body because she’s just going to show it anyway. 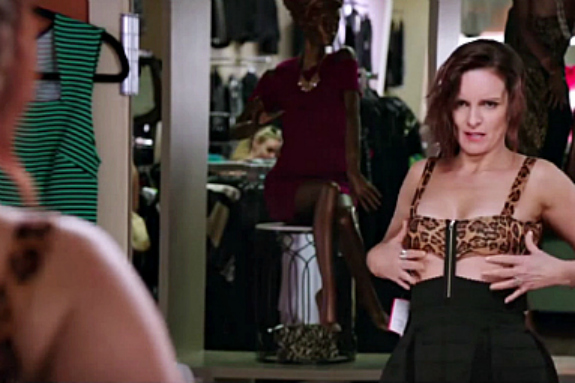 In addition to showing more skin, Tina also admitted to running her mouth a bit more than she probably should. Fey explained to Howard that since the death of her father in October, she’s become much more confrontational.

A woman in London learned the hard way when Tina called her a “c-nt” to her face after they had a disagreement inside of a restaurant.

“My blood was just boiling,” she told Howard. Listen to Tina tell the story below.

The c-word came up again in the interview when Tina confirmed for Howard that a co-worker at “Saturday Night Live” once called her that in an angry and unexpected voicemail.

“We’ve since made up…and I love him so much,” Tina said before revealing it was Colin Quinn that slung the c-word in her direction.

“I think his anxiety about the writing of the show spilled over,” Tina said, explaining that she and Quinn reconnected at “SNL’s” 40th anniversary special last year and buried the hatchet.

Back in the ’90s, Tina Fey got her comedy start at Chicago’s legendary Second City. Tina spoke in depth about why the communal aspect of sketch comedy performance appealed to her. “It’s scary because I’m amazed at people who do stand-up,” she admitted to Howard. “When you do stand-up, you’re out there by yourself. People can literally whip shit at you and go ‘you fucking suck’ and throw bottles at you. With sketch comedy, it’s real safe … you’re with a bunch of other people.”

Check out this rare footage of a sketch Tina did at Second City with her then-partner, Rachel Dratch.

Her Start at ‘SNL’

For Tina, being at “Saturday Night Live” was a dream since childhood, and she discussed the many facets of working at Studio 8H.

On her journey to the “SNL” spotlight: “I never would have made it the regular way. People come audition on the famous home base stage, and it’s all empty, the whole place is empty.”

Tina explained that when you’re a prospective writer, the process is much different. “You write a packet of sketches and send it in, they read it … it is hard because now I’ve had to read thousands of them, because when I was head writer, I had to hire people … and it always sucks.”

On writing Weekend Update jokes: “I wrote some, but we had joke writers, so in the beginning, I would write sketches for everybody else while the joke writers wrote jokes for us.”

On what makes a good host: “It’s fascinating sometimes, because 99 percent of the time, people who come to host the show are coming to have a good time. 99 percent of them are on their best behavior, they’re great. Literally every four years, you get one where you’re like ‘oh my God.'”

Howard asked what happens when a host arrives with a ton of bad ideas. “Sometimes you just try to take part of the idea and make it better or you go ‘oh you know, we tried … we never got to that, last night!'”

On Lorne Michaels: “I get along really well with Lorne. It’s like, the first 50 times you talk to him, you’re like, ‘what the fuck is going on?'”

Howard spoke about a meeting with Lorne Michaels about hosting … which he ended up deciding against due to the show not matching up with Howard’s sensibilities.

In 2004, Tina Fey’s “Mean Girls” became a cultural tentpole, spawning quotable line after quotable line on its way to becoming one of the most beloved comedies of the 21st century. When Howard asked what it was like to write a screenplay, Tina replied “I just did what everybody does – I read the how-to-write-a-screenplay book by Syd Field.” She also explained that she studied playwriting in college.

In 2006, “30 Rock” was brand new, and at the time, it was a big deal that movie star Alec Baldwin was appearing as a regular cast member on a network sitcom. Tina told Howard: “I wrote [the part of Jack Donaghy] hoping [Alec Baldwin] would do it, and then Lorne got him to do it.”

There was a little drama after the pilot was shot involving longtime comedy cohort Rachel Dratch, who was in the Jenna Maroney role before being replaced by Jane Krakowski. “The truth is, we did the pilot and then they wanted us to change the pilot a little bit and we did, and I think that happens all the time with pilots. So we switched [Rachel’s] part around, but the fact that that was the most [the network] was messing with us, I thought it was a miracle.”

Tune in to Howard 100 on SiriusXM for Tina’s next chat with Howard on Monday, December 14th!