Carmen Electra, JK Simmons, and more send well wishes to the King of All Media 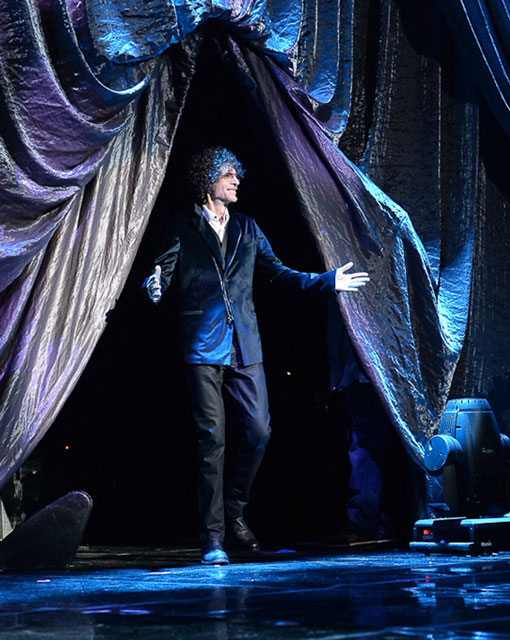 Additionally, Sour Shoes came by the studio to sing for Howard live a little later in the morning. Tan Mom was supposed to come as well, but “missed her ride.”

With High Pitch Erik on the phone, Howard played a clip of him singing “Happy Birthday” before continuing. Once on the phone, Erik immediately claimed that he now weighed under 400 lbs. (he was at a high of 423 lbs. right before Christmas).

Erik said he has been going to the gym and doing 35 minutes of cardio by walking on the treadmill. “I’m going to lose 25 lbs. before I come back in,” he proclaimed.

Howard asked what Erik would like to be remembered for when he dies, to which the oversized Wack Packer had an unsurprising answer. “Wow, the whole Donnie Wahlberg thing,” he responded. High Pitch, as most people know, is sexually attracted to Donnie – though he insists he isn’t gay.

Gary chimed in and said he and Howard had been discussing which of the Wack Packers’ funerals they would go to. Baba Booey said he would definitely go to Erik’s. “I have an affection for Erik that I can’t explain. He’s like the mascot for the show,” he explained. Howard, on the other hand, said he probably wouldn’t go.

Putting funerals aside, Robin said she saw Medicated Pete out on the street recently and got caught up in his ticks. She got 10 minutes of, “So what’s up?” – a phrase Pete sometimes gets stuck saying over and over again.

High Pitch, still on the phone, also wanted to clear something else up. With an IQ of 64, he wanted to tell Robin she had been categorizing him wrong. “I’m dull, not feeble,” he insisted. Gary said they keep a chart on-hand from when they officially tested the Wack Pack IQ and Erik came in at 66. The lowest of all was Wendy The Slow Adult who scored a 61. That’s only a five-point difference …

Speaking of Wendy, someone reportedly hacked into her voicemail account and changed the message to say: “Hi I hate Shuli, he’s a bald-headed Jew.” Whoever did that … we want you to go to jail for this.

Going back to Erik’s IQ though, it was revealed that Koko the Gorilla has an IQ of 70. Howard thought he could create a hit show by pitting the two of them against each other in a variety of challenges.