Sal's bizarre sexual past, preview of the Special People's Court, the Long Island Medium's message for Richard, and more!

As the show began this morning Howard gazed to his left and remarked that Benjy’s beard was still going full-force – “it’s thick and luxurious … like Sal’s hair plugs.”

Richard Christy told Howard earlier that every half hour an alarm goes off in their office now to remind Sal to water his hair “like crops.”

Howard also felt bad for Memet who got stuck in the office with Richard and Sal. Every two minutes either Sal is water his hair, Richard is smoking his e-cigarette, or the two of them are farting back and forth (because of course they love the smell of each other’s gases).

One thing Howard did want to offer praise for Sal about was his mastery of prank phone calls though. Despite being a “completely useless” skill, Howard proclaimed that there was no one better at it than Sal … and Richard. 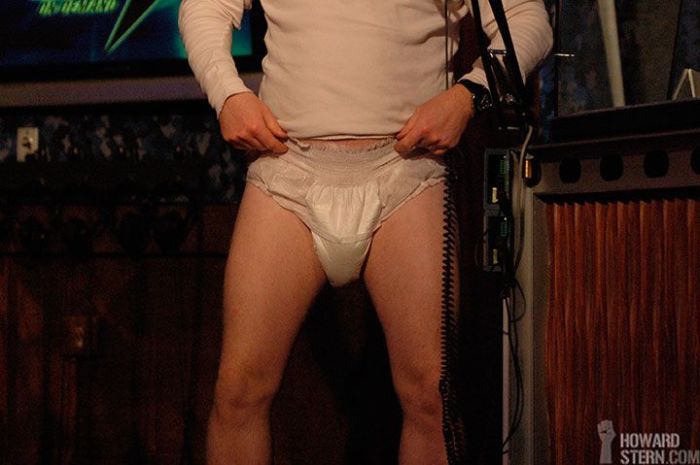 Howard played some clips from Wolfie at a BeerFest event where patrons paid $60 for more than six hours of drinking and debauchery. He even interviewed one guy who claimed to have taken down 84 beers and was going for 150 (granted they were small).

The next even Wolfie will be attending is Philadelphia’s Wing Bowl, which Richard revealed he would also be attending.

Richard said he was debating wearing a diaper so that he didn’t have to use the disgusting bathrooms that Wolfie was witness to last year. Howard fired off a clip that he thought to be someone shitting at Wing Fest, but actually turned out to be a recent disgusting clip of Sal shitting.

Sal came in to explain that he had abused the Vicodin he received for his hair plugs and got constipated. As a result, he began taking Milk of Magnesia to clear things up and boy did it clean him out. “I shit like a fire hydrant!” he exclaimed.

With Benjy’s balding head, Howard wondered if he had ever considered hair plugs, but Benjy said he wasn’t really into it at this point – though he had been offered it by Sirius, according to him.

Howard wondered if Tan Mom would be excited about Sal’s new hair and Gary said that they actually got an interesting call from her the other day. She was evidently listening to an old segment replay on Howard 101 of Sal and his wife fighting, so she called the office to see what was going on and if Sal was on the outs with his wife.

Sal admitted that if he was single he would probably sleep with Patricia – especially after he fell in love with her “side-meat” at the 2014 Birthday Bash. Sal joked that Rosie O’Donnell almost fainted when she saw it happen.

The Long Island Medium Has A Message For Richard

Richard came into the studio and told Howard that he also thought it was funny that Larry Caputo, — whose wife Theresa is the “Long Island Medium” — was the one who picked Sal up from his hair plugs procedure. Howard said he heard Sal likes to dress extra Italian when he hangs out with Caputo.

Sal has allegedly never received a psychic reading from Theresa because he felt “like it would be infringing on the friendship.” Yet, Theresa did once pass on a message for Richard from none other than John Candy! “John Candy knows that Richard and I are best friends,” Sal tried to explain to a chorus of disbelief from the staff.

Richard didn’t even believe the message, but said if it made Sal happy he would go with it.

Howard offered one caller an opportunity to win $500 this morning if they could get 3/5 questions right in a game where Memet interviewed the most “fucked up” guy he could find at an EDM concert. The caller had to guess if the EDM guy answered correctly or incorrectly to a series of questions.

#1: How do you say ‘thank you’ in Spanish?Caller: NoEDM Guy: Yes

#3: What direction does the sun rise from?Caller: YesEDM Guy: No

Congratulations to today’s caller who pulled off the win and will received $500! 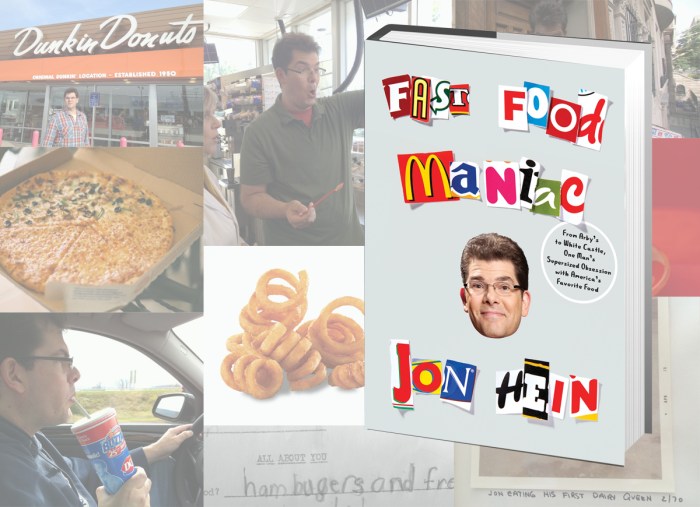 Before kicking off the News, Robin noted that Jon Hein had left a copy of his forthcoming book on her desk – it’s called “Fast Food Maniac.” Howard brought Jon in to explain.

The book, which follows Hein’s 2012 TV show, features reviews of nearly every fast food restaurant you can think of and arranges them in ranked lists. There is also a glossary of secret menu items. “He’s the Rogert Ebert of fast food,” Gary explained.

Jon said that somebody asked him to write it and he got a deal to publish it, so he did it. “I think people love to debate it,” he mused.

Jason Kaplan came in and joked that he would be on the same side of history as the guy who co-founded “Jump The Shark” with Jon – forgotten. Howard wondered if Jason thought he was the bigger fast food expert.

“I think ultimately I am … I know what stuff tastes like,” he responded, referencing Jon’s preference for everything to be served plain.

You can grab a copy of “Fast Food Maniac” starting Tuesday February 2, 2016 at your bookstore of choice.