Apologizing to Sarah Palin, hitting on Gwyneth Paltrow, and why Chris Rock called him the N-word 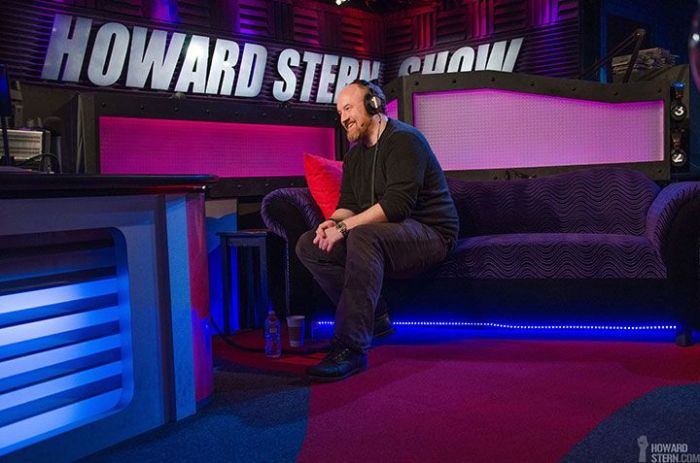 Louis C.K. returns to the Stern Show on Monday morning to talk to Howard about his critically-acclaimed web series “Horace and Pete.“ Making his first appearance on the Stern Show in 2006, Louis’ visits always get us laughing. He’s told us about how he hit on Gwyneth Paltrow in the early ’90s, got almost nude in front of Ricky Gervais, and even confessed to putting his penis in just about anything when he was a little kid.

Catch up on all of the best stories Louis C.K. shared…previously on the Stern Show!

Odd Man Out for “SNL” 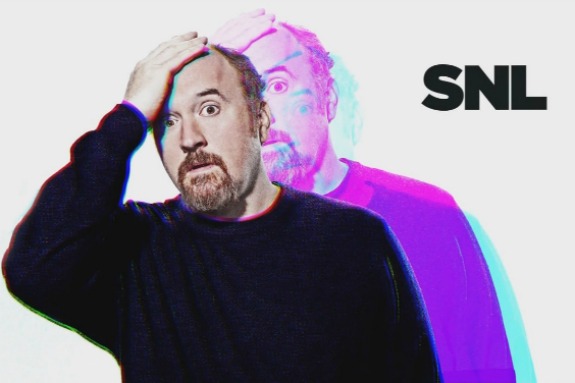 Louis has hosted “Saturday Night Live” a total of three times now, the most recent being in 2015. But before he hit it big enough to be invited onto the show, Louis was denied a spot in the series’ featured cast. Louis told Howard about a comedy showcase he performed at back in the day that had a group of “SNL” producers in the audience scouting new talent. They found a whole bunch that night –Sarah Silverman, Dave Attell, Jay Mohr, and Laura Kightlinger all did sets alongside Louis.

“Every single person on the showcase got hired but me,” Louis said, even though he remembers having a really great set that night.

“It was tough,” Louis admitted. “A lot of them were younger than me.”

Writing for the Kings of Late Night 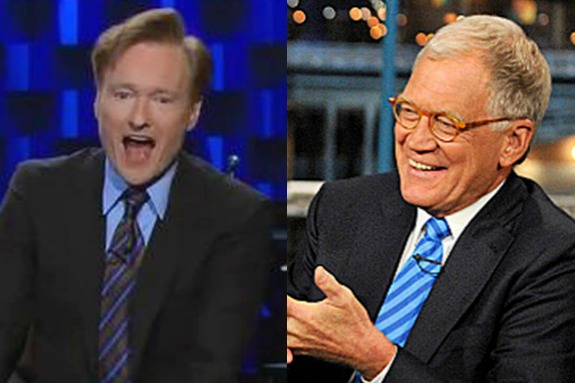 “SNL” may have passed on Louis but soon enough, he was getting a second crack at working in late night TV after Robert Smigel called him about a gig writing for Conan O’Brien.

“I didn’t even know anything about Conan,” Louis explained to Howard. “[Smigel] said, ‘We’re replacing the Letterman show and Jim Downey recommended you.'” Downey, a longtime writer and producer at “Saturday Night Live,” had put in a good word for Louis after seeing his stand-up.

“‘Conan’ was a great opportunity because we did sketches,” Louis said. “It was a little like ‘Saturday Night Live’ in the beginning.”

Louis spent the next two years at “Late Night with Conan O’Brien,” penning fan favorite bits like “The Staring Contest” and “Bad Fruit Theater.” When Smigel exited the show, it was Louis that Conan selected to take his place as the show’s producer. Despite the promotion and huge bump in pay, Louis turned the job down and quit the show altogether, telling Howard that he was “burnt out” at that point. But Conan knew there was another reason why Louis didn’t want the gig.

“Conan said to me, ‘Here’s why I think you’re not taking it,'” Louis told Howard. “He described the moment he was writing for ‘The Simpsons’ and he had created Mr. Burns and he had done ‘SNL.’ He said he could see his whole life ahead of him… he realized he could see all the way to his grave and he didn’t like knowing his future that well.”

Had Louis taken Smigel’s place at “Late Night,” he would have spent possibly the rest of his career writing and producing that show. He needed to get out while he still could.

Louis returned to stand-up, hoping to find a new path to success. But just when he thought he was out of writing for late night, they pulled him back in.

“I had never been on ‘Letterman’ before and that was the dream of a stand-up back then,” Louis said, “And [the ‘Late Show’ producers] said they would put me on if I’d write for the show.”

And so, Louis took a job writing jokes for David Letterman. His new gig lasted only three months and he appeared on the “Late Show” about five times, by Louis’ count.

“Letterman was like signing with the Yankees,” Louis said. “It felt really great and I love him. He’s the greatest.” 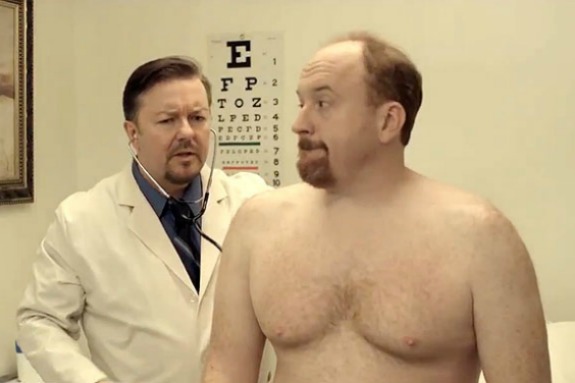 In a 2010 episode of “Louie” guest starring Ricky Gervais, Louis wrote in a nude scene for himself. After the episode aired, Ricky spoke about the scene in interviews and described Louis’ penis as “disgusting,” saying it was “like an undercooked chicken.”

But Louis begged to differ.

“He’s lying,” Louis told Howard when visiting the show in 2014. “He’s never seen my penis. I wouldn’t have had my dick out in front of Ricky.”

Louis insisted he had always worn a “dick sock” during his nude scenes. Regardless, he said he wasn’t offended when Ricky spoke poorly of his penis because it was never his intent to impress anyone.

“It’s not about trying to turn people on,” Louis explained to Howard. “Sometimes you’re naked. It’s a vulnerable thing to be naked.”

During that same 2014 interview, Howard asked Louis to expand upon a story he had incorporated into his stand-up act: As a kid, the bit went, Louis had once put cottage cheese on his balls and had his dog lick it off.

“I don’t know why I didn’t say I was kidding,” Louis told Howard, embarrassed that he had ever admitted to actually feeding a dog cottage cheese the hard way. “I was going through puberty… I was 12 or something and I was home alone a lot.”

As Howard and Robin fought through tears from laughing so hard, Louis shared more details, including how his dog reacted after realizing he was about to eat the cottage cheese.

“My dog had a very expressive face,” Louis said. “The moment I remember is my dog kind of looking up at me like, ‘Seriously, dude?'”

In addition to his own dog’s mouth, Louis copped to sticking his dick in several other unconventional places as boy, including a melon, his refrigerator, and two (cooked) chicken cutlets made to resemble a vagina. 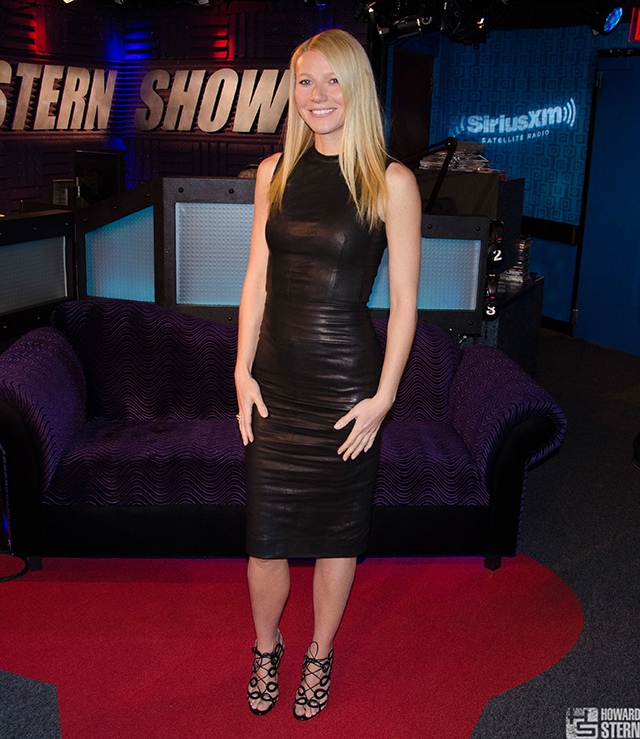 Ah, the one that got away.

While writing for “Late Night with Conan O’Brien,” Louis told Howard he met Gwyneth Paltrow at the show’s Christmas party. Naturally, he also tried to woo her.

Despite his awkward pick-up line, Louis insisted he and Gwyneth got along swimmingly. “She was a funny person, we had a funny conversation, and we hit it off somewhat,” Louis said. “I thought we were hitting it off.”

Later that night, Conan took the stage and serenaded the crowd with a song. But an inebriated Louis followed him up there and pried the mic out his hands.

“I started yelling into the microphone and I was really drunk and I saw [Gwyneth] from a distance looking at me like, ‘Oh Jesus,'” Louis recalled. “I thought at the time I might have a shot with her and I just blew it, but the likelihood is that I never had a shot with her.”

During Louis’ 2015 Stern Show interview, he told Howard about how irresponsible he once was with the large sums of money he was making. Rather than invest his fortune or deposit it in a bank, he kept the cash in his apartment. At one point, he had a bag lying around with $100,000.

“I needed to have it in front of me,” Louis said. “I’d look at the $100 bills. I had a weird relationship with money for a while.”

Louis liked looking at his money so much he even stipulated that his stand-up venues pay him out in cash. “When you come from nothing and then you make a lot of money, you always assume you’re going to lose it all,” he explained.

He told Howard this also allowed him to avoid using ATMs for about a year – instead, he just drew from the pile of money he kept lying around.

However, when friend and fellow comedian Chris Rock came over and saw the bag of cash, he had a strong reaction: Chris looked at Louis and call him the N-word. Suffice to say, he no longer keeps all of his money at home. 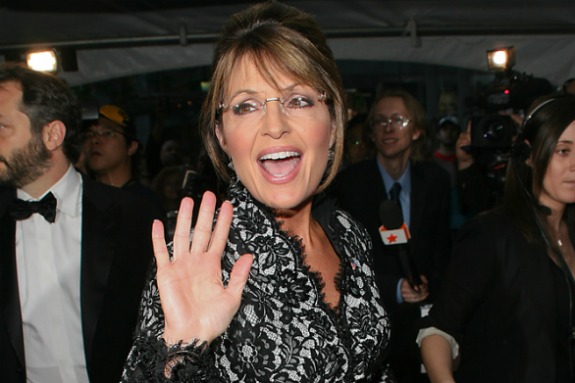 The comedian’s most recent Stern Show appearance made headlines after Louis revealed he had only ever apologized to one person for making a joke at their expense — former Vice Presidential candidate Sarah Palin.

Louis and Palin ran into each other at the “Saturday Night Live 40th Anniversary Special” and exchanged pleasantries, when he suddenly felt compelled to offer his first mea culpa.

“Something came over me emotionally,” Louis said. “I said, ‘Well, I owe you an apology.’ I’ve never in a million years apologized for anything I’ve said and fuck anyone else who’s offended.”

Palin asked Louis why he needed to apologize and he explained that he had said some mean things about her, to which Palin allegedly responded, “Well, you’re a vile person.”

“It kind of made me laugh,” Louis admitted to Howard.

But it may have been for the best, as Louis said he and Sarah then made a pact: if he was ever up in Alaska, she would take him fishing.

Just to be clear, Louis C.K. has no mental handicap that he knows of, nor has he ever had one. However, as a boy, his parents sent him away to a summer camp designed for children with special needs.

“It was a mistake,” Louis told Howard. “I think my teacher actually recommended it, so maybe the teacher thought I was retarded.”

What happened once Louis’ family learned what type of camp their son was attending? They sent him back two more years in a row.

Louis told Howard that, many years later, he called one of his camp counselors to ask him whether the camp was really as he remembered it.

“He said, ‘That camp was supposed to be a mainstreaming camp where we had normal kids and retarded kids.'” Louis said. “But nobody sent their normal kids.”

Tune in Monday to hear Louis C.K. on the Howard Stern Show!