“It was the greatest phone call of my life,” Louis told Howard Stern 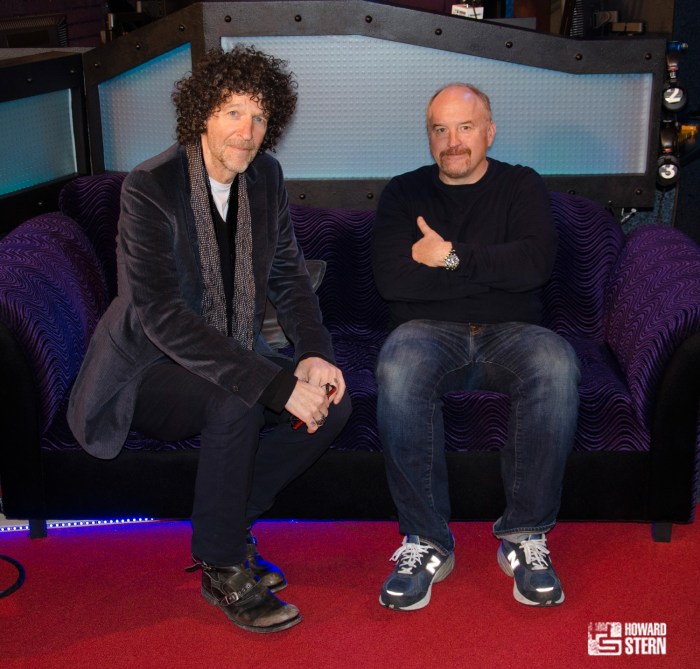 Making your own web series isn’t easy – just ask Louis C.K. The comedian gave Howard a jaw-dropping behind-the-scenes story of what he went through making his new show “Horace and Pete,” now available on his website louisck.net. From finding his dream cast to losing millions of dollars in the process, check out what Louis said during his Stern Show interview on Monday.

Louis C.K. has become one of the most successful stand-up comedians of the 21st century, but Joe Pesci ain’t laughing. On Monday, Louis revealed that he had written a part for Pesci on his web series and called him to see if he’d be willing to take the role.

“I got Joe Pesci’s phone number,” Louis explained, “and I called him and he said, ‘Where the fuck did you get my phone number?'”

Joe didn’t hang up the phone but instead told Louis what he thought of him as a comedian. “He told me you’re no good at stand-up,” Louis recalled.

“It was the greatest phone call of my life,” he told Howard. “I was so happy. He just doesn’t think I’m funny.”

Louis was determined to convince Pesci to be in the series though and managed to arrange a meeting at Joe’s house. During their face-to-face meeting, Pesci had another frank conversation with Louis.

“While I was there he lectured me about don’t ever eat pussy … he gave me this whole thing on not going down on a woman,” Louis said. “Because it makes you beneath her.”

Assembling the Rest of the Cast

While Pesci turned down Louis’ offer, several other celebrities jumped at the chance to work on the web series, including C.K.’s co-star Steve Buscemi, Edie Falco, Jessica Lange, and Alan Alda, who ended up with the part of Uncle Pete, originally meant for Pesci. And yes, Alda does have a line about not eating pussy.

Landing Lange and Falco was as easy as simply asking them at the Emmys.

Louis had also written a part for his fellow FX star Jessica Lange (“American Horror Story”) and spotted her soon after he was done talking with Edie.

“I go, ‘Hey, I have a new show, I want you to be in it, I wrote a part for you,'” Louis remembers telling Jessica. But it all happened just feet away from where he had just given the same spiel to Edie Falco, who Louis says was suspiciously eyeing him the whole time he was talking to Lange.

“I have this new thing I arrived at – a new method of getting stuff done,” Louis explained. That method: Just ask. And Louis had another huge favor to ask of someone. 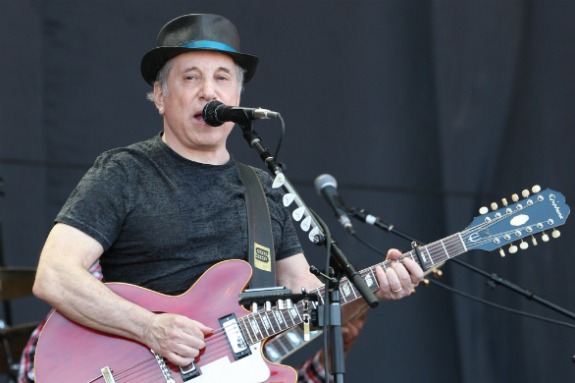 When it came time to pick the theme song for “Horace and Pete,” Louis knew that Paul Simon could put together precisely what the web series needed.

“His music is like the world to me,” Louis told Howard, saying that he used to sing “The Boxer” to his children when they were younger.

Louis decided to send Simon an email about doing the theme song. Before hitting send, however, Louis said he had to take out a line about apologizing for bothering Paul Simon.

“Either bother them or don’t, but don’t bother somebody and say sorry for bothering them,” Louis asserted. Howard was quick to mention that he hopes to never receive an email from Louis asking for a favor. 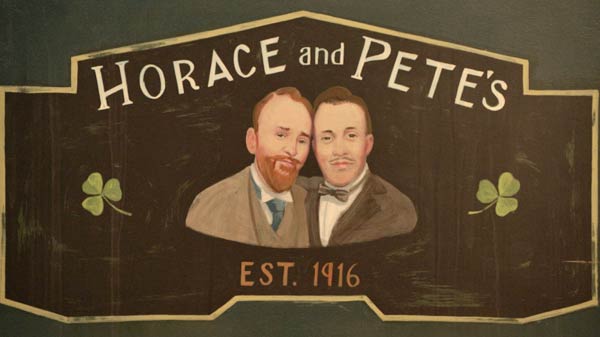 With pre-production figured out, Louis set out to produce the first four episodes of “Horace and Pete” by paying for it on his own. He then planned on using the money made from direct sales on his website in order to produce the remaining scripts, but in the end, the numbers didn’t add up.

“I’m millions of dollars in debt right now,” Louis admitted, revealing that he had to take out a personal line of credit in order to pay for the show. Even with the financial toll that “Horace and Pete” is costing him, Louis says he will not seek backers or sell the series to a network.

“I believe that by the end of the summer, the whole show will be paid off,” Louis told Howard, adding that up to this point, he really hasn’t promoted the show that much. He’s definitely promoting it now though, saying, “I think it’s the best thing I ever did.”

Louis C.K.’s web series “Horace and Pete” is available now on his website louisck.net. Starting Tuesday, fans can buy all 10 episodes for $31.