Benjy and Ronnie Show Off Their Acting Chops 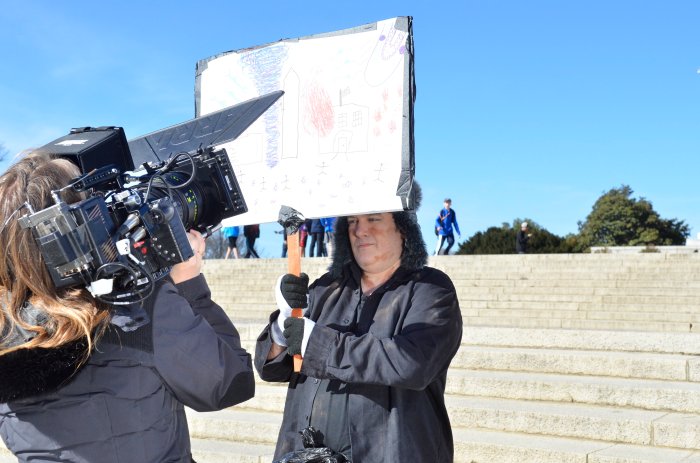 After Ice Cube left, Howard noted that there are actually a couple of staffers who have projects coming out soon.

First there is Benjy, who will be starring in “Sharknado 4” alongside Stacey Dash and others. This time around, Benjy told Howard he’s “got a lot of lines … and I got a name.”

Ronnie the Limo Driver meanwhile will be in the finale of “Limitless” on CBS where he plays “Mundt,” an FBI agent. Howard pointed out that according to Urban Dictionary, the character’s name might not be so complementary, but Ronnie wasn’t swayed.

The real Mund brought in his script this morning and attempted to read through some of the lines, but Howard said he sounded too angry. “I’m supposed to be angry!” Ronnie insisted.

King of All Blacks called in and wondered if Ronnie was hoping this gig would lead to something bigger, which led Howard to reveal that Howie Mandel called him at one point seeking his blessing to create a whole show around Ronnie. The show didn’t get off the ground, but Howard said he was glad since he really just wants a limo driver, not a movie star driving a limo.