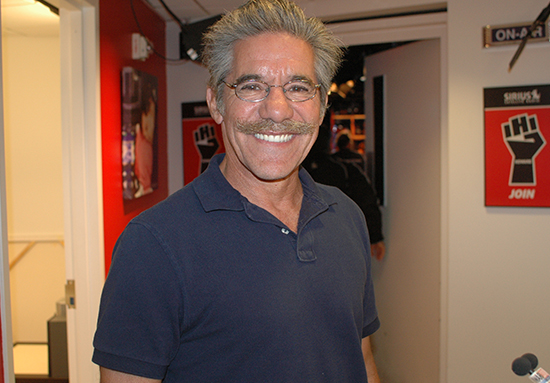 Author, talk show host, and political pundit Geraldo Rivera returns to the Stern Show Tuesday morning to talk life, news, and all things politics with the King of All Media.

Although the former attorney has called into the show many times, he’s only been in studio on a few occasions. Here are a few highlights from the FOX News correspondent’s past visits:

Before the King of Pop’s untimely death in June of 2009, Geraldo Rivera considered himself to be a close friend and confidant of the troubled musician. During an interview only months after Jackson’s passing, Geraldo told Howard he had spent a lot of quality time with the notoriously reclusive pop idol but Howard only wanted to know one thing:

“Did Michael Jackson have a nose?” Howard asked.

Howard was very curious to know if Geraldo ever saw Jackson without his nose. “Well, he had a little prosthesis that he put on it, but in private, he would often just have a Band-Aid over a little tiny bump,” Geraldo told Howard. “It was very disconcerting. It was like an alien.”

Robin was curious to know if Geraldo was ever able to talk to Jackson about his appearance but Geraldo insisted “that wasn’t my role, that wasn’t my role.” The way the talk show host saw it, his job was to be more of an anchor in Jackson’s life, as he thought MJ just “needed a sounding board … he didn’t need me to ask him about where his nose went.”

Geraldo did admit to Howard that, “It was quite shocking how at peace he seemed in front of me with just a tiny Band-aid on.”

Geraldo Won Mark Fuhrman’s Kidney in a Game of Hoops 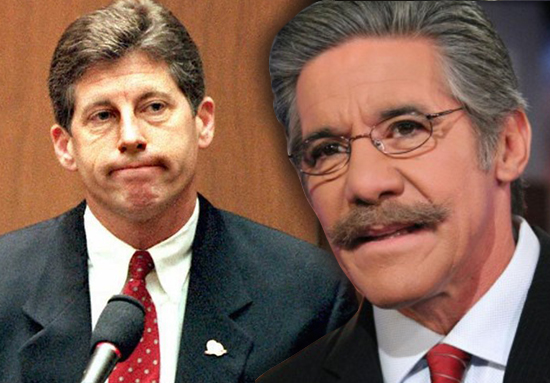 In the mid-90s you couldn’t turn the TV on without hearing about the O.J. Simpson trial — and Geraldo Rivera was at the forefront of this media frenzy. During a studio visit in 1996, Geraldo explained to Howard how he convinced Mark Fuhrman, former L.A.P.D. detective and Simpson-trial star witness, to appear on his talk show, “Rivera Live.”

The first step was to get Mark Fuhrman alone so that he felt comfortable with the outspoken TV host. Geraldo told Howard that at the time Fuhrman wasn’t comfortable leaving his home to go out in public, so traveling for the polarizing figure was a bit hard. Geraldo explained that he was able to send his private helicopter to take Fuhrman to New Jersey where the two would be able to speak privately.

Once Mark arrived at the Rivera residence, Geraldo told Howard that the two of them started to bond over a common interest: Basketball. “Fuhrman is a very physical person,” Geraldo told Howard. “So we played basketball one-on-one by ones to a hundred.”

“We bet my boat against his kidney because he has no money,” Geraldo admitted. “He came up with that.”

Fuhrman proved to not be a master of another type of court — the basketball court — as Geraldo walked away with the game and a future interview.

“So if you ever need a kidney, you can take his?” Howard wondered before Geraldo jokingly agreed.

Geraldo has made his fair share of coin over the years and the fruits of his labor have afforded him some nice stuff, including a helicopter, some primo NY real estate, and a private island off the coast of Puerto Rico.

In 2009, he told Howard that he typically sails his boat from New York to his tropical island, which he said takes around eight days at sea. Geraldo said that his island is, “three miles south of the coast [of Puerto Rico], it’s not developable. I have a house on it but you can’t put a hotel on it and make it a commercial business.”

Howard wanted to know how much it cost to buy an island but Geraldo wouldn’t give out the price tag. After a little prodding, Geraldo said the cost was somewhere in between “$30 thousand and $1 million.” He went on to say his kids don’t like the island much since there is “no waterslide, there’s no disco, ya know, what are they gonna do there?”

Geraldo told Howard he loves the privacy the island affords him as it’s “as remote as I want it to be” and when he isn’t there a local fisherman takes care of the property.