Does she wear panties, has she seen Michael Strahan’s penis, and so much more 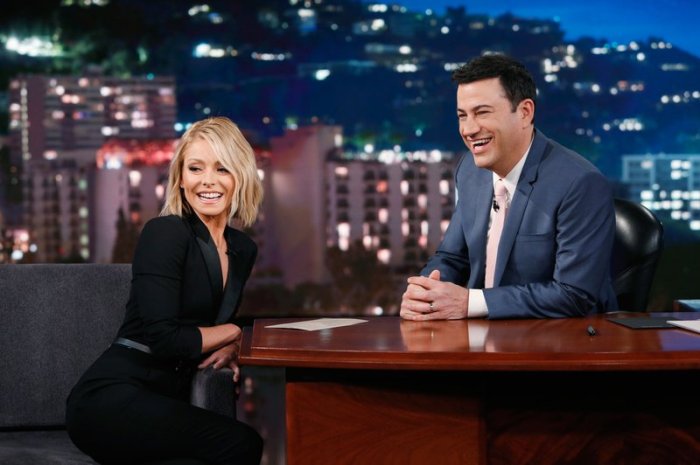 It was a very busy Monday morning for Jimmy Kimmel.

Immediately following his interview on the Stern Show, Kimmel was running uptown to co-host “Live” with Kelly Ripa, who is now in her first week on the air without Michael Strahan by her side. Before he took off though, Jimmy jotted down a long list of questions that Howard, Robin, and guest Bill Simmons all wanted him to ask of Ripa.

“I definitely am going to get into it – we have to get into it,” Jimmy told Howard in regards to talking to Kelly about the drama that went down after Strahan announced he was leaving the show for a larger role on “Good Morning America.”

After collecting everyone’s questions, Jimmy went on live television and actually asked some of the inquiries the gang came up with, including whether or not Kelly ever does the show without any panties on (“always” apparently).

Hear the list of questions for Ms. Ripa — some of which got asked and others of which were left unsaid — and more audio from Kimmel’s appearance on the Stern Show below.