And the story behind it takes a bizarre turn 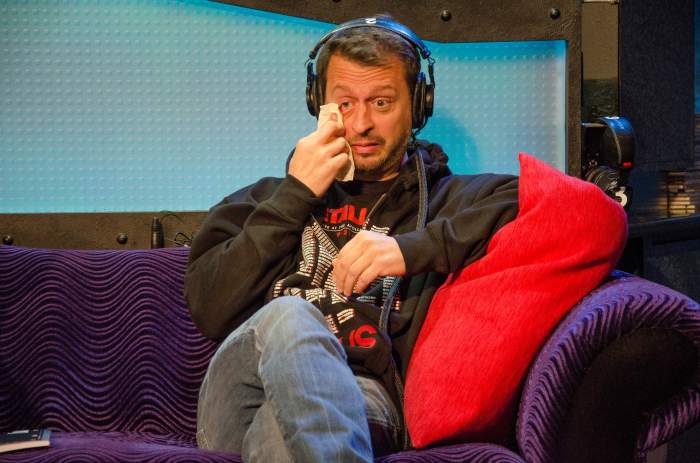 Gary also wanted to tell Howard about a recent odd encounter he had with Sal Governale. He said it started when Sal came into his office with a serious look on his face and said he had to talk to someone.

Sal proceeded to recount a dream he had in which he was peeing at a urinal in the office when Ross Zapin walked in and told him he needed to use the same urinal. When Sal refused to move, Ross put his hand down into Sal’s urine stream and it bounced back into Sal’s face.

Sal was perplexed and distraught over the meaning of it all.

“First of all, it’s just odd that he’s getting his own urine splashed in his face,” Robin remarked.

Sal said that he thought the whole dream originated from an encounter he had with Ross. According to Sal, Zapin smells really great, so he once asked what cologne he wears. Ross refused to reveal the name, telling him: “I don’t share my colognes.”

Ultimately though, Ross relented and told Sal the name was “Portrait of a Lady” from Barney’s, but it costs more than $250 for a bottle.

Sal said he went home and told his wife about it, who then saved up throughout Father’s Day and his birthday, before finally getting it for him as a Christmas present.

Sal was so excited and put it on only to find that he “smelled like ass, sweat, and pine trees.” In fact, his wife told him he smelled “like shit.”

“Every person has a different smell,” Robin told Sal, explaining that scents sit differently on people.

In the end, Sal was forced to make the walk of shame back to Barney’s. “I returned it and it broke my heart,” he told Howard.

Howard wasn’t so sure and wondered if Ross duped him, but Sal said they’ve become friends in recent years and that he’s convinced that’s the scent Ross wears.