New album “We're All Somebody From Somewhere” may be country, but Steven is still very much rock and roll 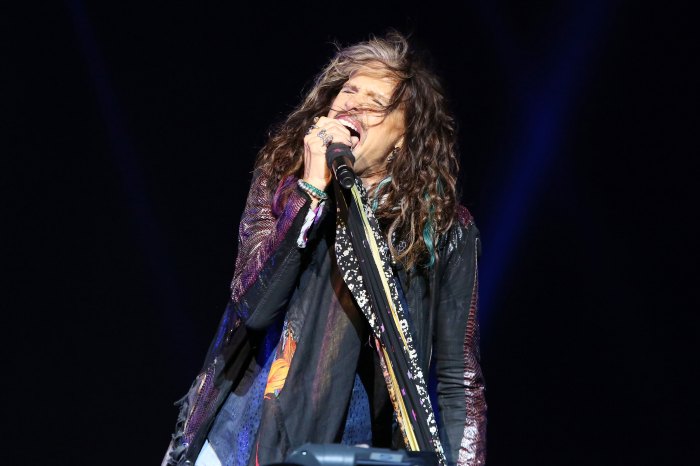 On the phone and admittedly in the nude, Steven Tyler talked to Howard on Tuesday morning about his new country album “We’re All Somebody From Somewhere.” The Aerosmith frontman now lives in Nashville, Tennessee and says the city has changed his life. But when asked if he was leaving his roots in rock and taking up a career in country music, Steven wanted to set the record straight.

“Aerosmith is not over. I love that band more than life itself and I mean that from my heart of hearts,” Steven said. However, while the band might not be over yet, Tyler also told Howard that they could be very soon.

“We’re doing a farewell tour but, you know, it’s only because it’s time,” Steven said, explaining that the guys of Aerosmith have discussed it and will probably start their goodbye shows as soon as next year. And while they may call it a farewell tour, Steven knows there’s always the possibility of Aerosmith pulling a Rolling Stones or The Who and just continuing to tour forever.

Steven will be out on the road before that though, as his “Out on a Limb” tour kicks off July 2. With this being Steven’s first ever solo tour, Howard wondered if it would be challenging to stay sober. Tyler admitted he hasn’t touched a single substance in six years and also explained how the recent death of Prince forced him to remember why he doesn’t do drugs anymore. After the “Purple Rain” singer passed in April, Steven was quoted as saying: “Prince died so I could live.”

“I didn’t know what to say except for that,” Steven said, adding that he knows what Prince was going through.

Tyler told Howard that he has a new love in his life now and that he can still satisfy her sexually. Considering the rumors regarding the size of Steven’s penis, that he can satisfy his girlfriend is easy to believe. But Howard wanted to know if Steven would finally reveal just how big his legendary genitalia really is. The rocker admitted to measuring at one time and disclosed to Howard and his audience that he came in at: “Nine on the long, four on the round.”

Steven Tyler’s new album “We’re All Somebody From Somewhere” is now available for pre-order. See Steven Tyler live when his “Out on a Limb” tour kicks off July 2.