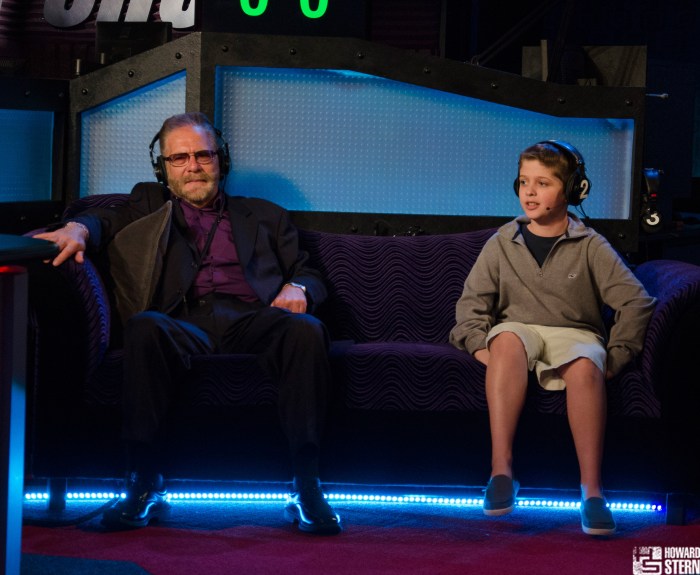 Listeners have been flooding the Stern Show inbox with praise for the spelling bee between Ronnie Mund and Sal Governale’s son Aaron.

“Amazing!! Hearing Ronnie spell words slowly, while most adults would rifle off the correct spelling is hilarious! You can hear the letters rattle around in his hollow head,” one fan wrote. “Sal’s son sounds smart. Is this Aaron kid adopted?” another wrote.

Sal took umbrage especially with a line of comments that questioned his ability as a father. “My son is a direct product of me,” he fired back at detractors.

Another set of emails praised Ronnie’s appearance in the photos. “I saw photos of the two of them on Howardstern.com and I must say, Ronnie is looking great. Nice suit, beard is nicely trimmed and natural colored looking, and even a new hairdo it looked,” a listener wrote.

Ronnie came in and explained that he had gotten a tan from working outside the previous weekend and confirmed that he had trimmed his hair and beard recently, but maintained that it was nothing new.

After some deliberation, Robin said she would have to go with Ronnie. Sal was incensed and insisted that he is “smarter than the old bastard.”