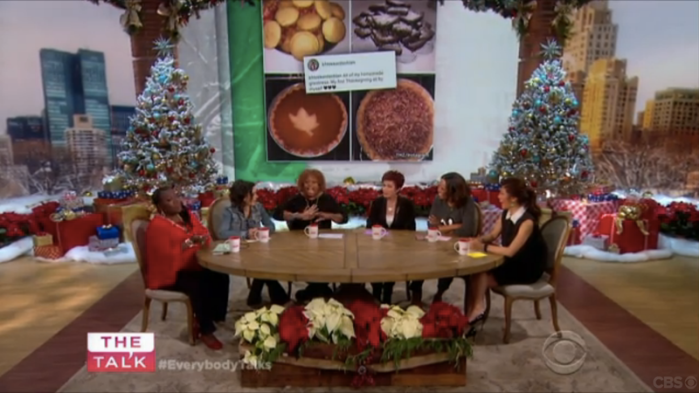 Howard joked that Robin was already preparing for him to retire with her appearance on “The Talk” with Julie Chen and Sharon Osbourne.

The ladies had Robin read the news, which included a story about Khloe Kardashian’s baking lie on Instagram – an offense Robin herself has committed.

Kardashian was called out for posting a picture of baked goods and taking credit for making them while they were actually bought from a famous bakery. Gary came in and recounted how he, Jackie, and Fred were invited to Robin’s house one year to plan for Howard’s birthday special. Gary and the guys were totally impressed by the Italian food Robin served, which she had taken credit for cooking … until Gary found the tins they were originally in.

“This is why I’ve said, ‘Everybody’s done it,'” Robin explained, to which Howard simply replied: “Oh, that’s so sad.”

“You don’t need to impress anyone with your cooking – especially Jackie,” he continued. Robin countered that Gary was just so impressed and she wanted to keep that.