Howard announces he'll be back for at least 5 more years on SiriusXM and Adam Sandler makes his first appearance!

Howard opened the show this morning acknowledging that he stirred up a lot of controversy yesterday with his comments about the future of the Stern Show.

When people on the street were asked what they thought about Howard retiring, the response ranged from one person who called it a “damn shame for radio” to another who maintained, “he’s an asshole.”

‘Howard Has An Announcement …’

After teasing it out for what felt like ages throughout the first minutes of the show with comments about his early aspirations in radio and the successes of the last 10 years on satellite (as opposed to terrestrial) radio, Howard delighted fans and staffers alike with his announcement:

“This morning I am very, very pleased to announce — and excited to announce – that in fact we will be here for the next five years.”

The King Of All Media went on to explain that the new deal keeps him at SiriusXM for at least the next five years in addition to his content, which has been licensed to Sirius for the next 12 years. Howard gave praise to Sirius’ CEO Jim Meyer whom he worked with to craft the deal along with Don Buchwald (Howard’s agent), Scott Greenstein (SiriusXM’s CCO), and others.

Mariann from Brooklyn ended her “fast” in honor of the announcement and erupted with her signature frequency of excitement.

“I want to thank the audience also,” Howard continued. “We have a wonderful, wonderful audience who are so supportive of what we do. And of course without you, none of this would be possible … I mean, I still get a charge out of it – I really do.”

It wasn’t only the audience who were in his mind though – Howard explained that when it came to thinking about the future, he also began to think about his staff members. “I wasn’t prepared to give up my team,” he explained. Gary, JD, and Sal all chimed in with praise and thanks.

Robin, for her part, got emotional upon hearing Howard’s decision considering the past few years she’s had with the cancer scare. “It’s an honor and a real joy to be here … This was a tough five years for me and I’m so happy to be able to have another five years with you. And that’s what I keep thinking about … that almost didn’t happen.”

In true Stern Show form, the conversation pivoted from an emotional moment to a hilarious one when Robin recounted why she wouldn’t let Benjy come to see her while she was sick in the hospital.

Read more about the details of the Howard Stern Show’s future here.

Some Praise Coming In … 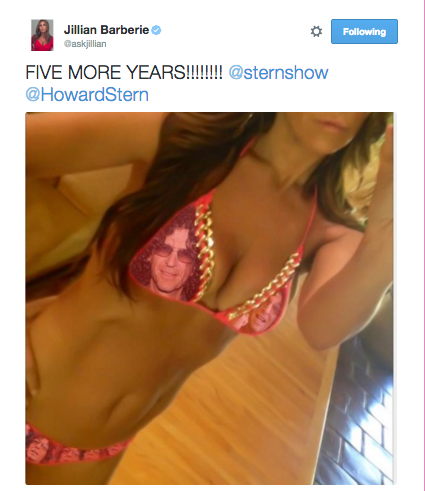 … Bobo Will Be Back For 5 More Years Too 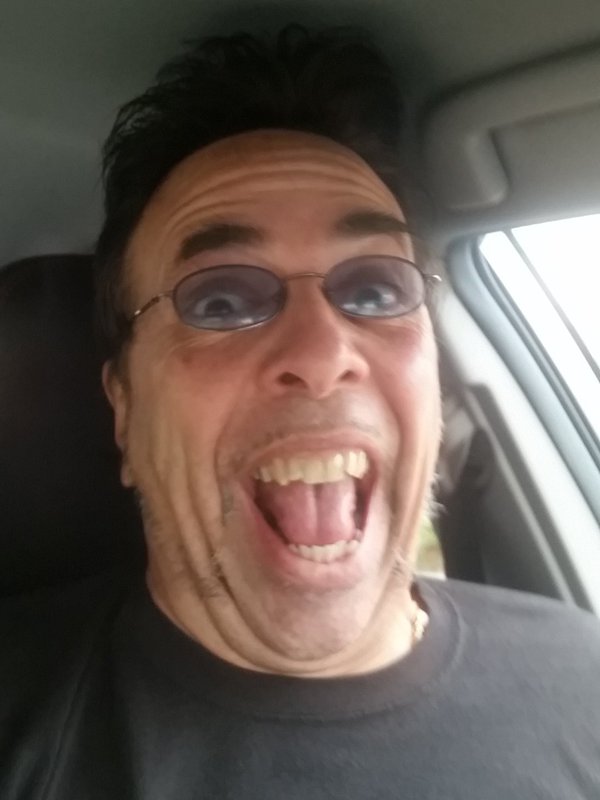 Bobo called in to give his praise to Howard. “I’m off the roof!” he exclaimed. Howard promised at least five more years of “terrible questions” from Bobo and joked that we might install a camera that stream live from Bobo’s Toupee 24/7. “It’s going to be all-encompassing.” 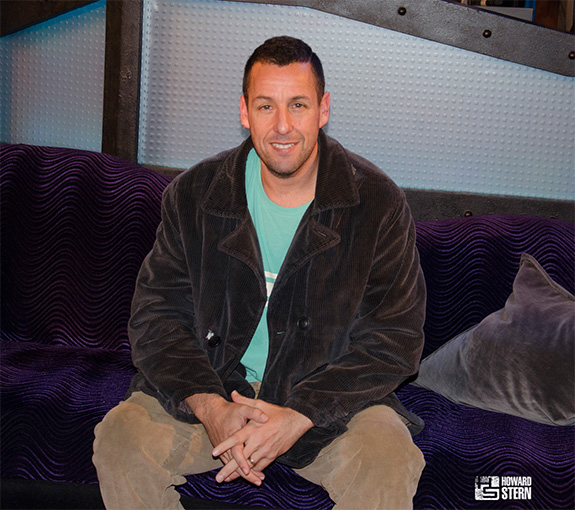 Not much could be as exciting as the news thatHoward isn’t retiring — but in a fitting follow-up, Adam Sandler came by for his first interview in the history of the Stern Show. And he stayed for nearly two hours!

In what is already being hailed as one of the best interviews of the year, Howard and Adam discussed his early years as a standup comic, gaining (and losing) his spot at the “Saturday Night Live” writers table, breaking away from Lorne Michaels, Happy Madison Productions, his new Netlifx deal and so much more!

Check out more of the stories from the interview here.