"You are one f-cking mess," Howard told the longtime staffer 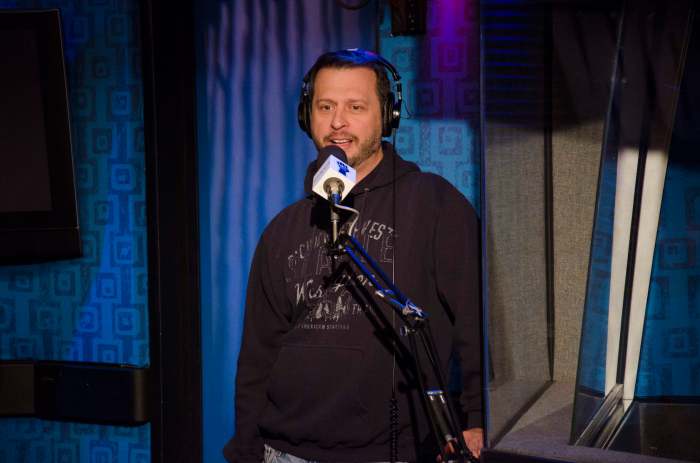 Tape of the ill-fated “Stars of Satellite Radio” gig featuring a blacked out Sal Governale has finally emerged and it’s as painful as everyone expected.

Last week Howard heard reports of the Stern Show staffer’s unprofessional and downright embarrassing onstage behavior from a parade of angry peers, but Monday’s audio shed a whole new light on the incident.

“Sal’s got a serious problem,” Howard said. “You are one fucking mess,” he continued as Sal sauntered in to the studio.

The one night event featured two sold-out sets with tickets going for $30 each and, according to other staff members participating in the show, things didn’t begin to really go sour until the second set began.

Shuli Egar attempted to smooth things over by getting the audience laughing and warming them up a little extra for Sal’s final act, but he got a rude awakening when Sal took the stage immediately afterwards.

“The minute he gets onstage, he’s like, ‘Shut the fuck up! Nobody cares about you and your act,'” Shuli recalled. “That pissed me off a lot,” he told Howard. “That was only the second time in our history that I was ready to punch him right in the face.”

Sal was downing vodka mixed with pineapple juice in addition to taking shots with audience members at the bar, but on Monday morning he blamed the blackout on the fact that he took a couple extra doses of propranolol, a beta blocker he has been taking to prevent “the shakes.”

Howard, though, was more baffled by the bizarre tape of the indisputably plastered staffer aggressively directing onlookers to Google “pure OCD,” an ailment he claims to be suffering from. Hear the full rant below.