Beetlejuice, Sour Shoes, and Elephant Boy all called in to talk to Howard on Wednesday 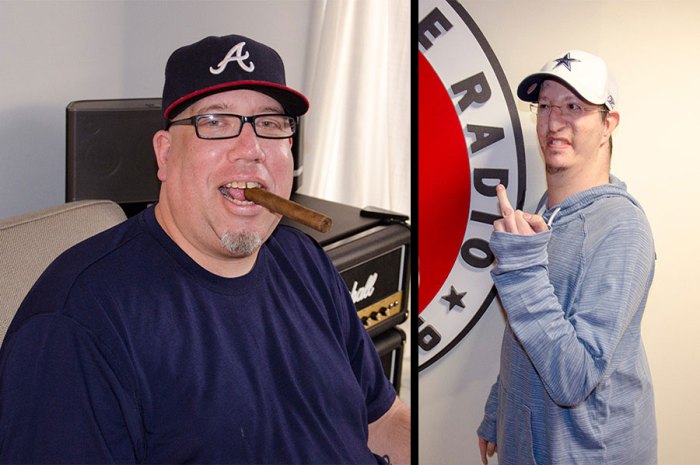 Members of the Wack Pack will soon assemble at “The Gathering of the Stupid” to decide whether or not Marfan Mike should gain entry into their exclusive club. On Wednesday morning, Howard was shocked to hear how some are already planning to vote.

Live in the studio was High Pitch Erik who confirmed that he will be present at the upcoming event and will try to block Marfan Mike from being inducted into the Wack Pack. On the phone, however, was Marfan Mike and one of his strongest supporters, Fred the Elephant Boy, who recently brought Erik up on charges in “Special People’s Court.”

“I have no issue against Erik. Just make sure he behaves himself,” Elephant Boy told Howard on Wednesday, adding that he will keep an open mind on the day of the gathering.

Marfan Mike is confident he will win Elephant Boy’s vote, but High Pitch revealed he has already locked up support from other Wack Packers, including Ham Hands Bill.

“I know he’s going to vote for me,” High Pitch said. He also thinks Medicated Pete and Asian Pete will side with him, since they’ve hung out outside of the show. Howard asked if Erik could convince Jeff the Drunk to vote for him as well.

Sour Shoes called in and, to the surprise of everyone, expressed his intention to vote against Marfan Mike. “I will keep my mind open, I really will. I’m probably leaning closer to High Pitch,” Sour Shoes said.

“Is the gathering unpredictable or what!” Howard said to Robin.

Gary the Conqueror, Wendy the Slow Adult, and Bigfoot were all determined to be “wild cards” that will decide day-of who they are backing. But all agreed Tan Mom may be the hardest Wack Packer to sway.

If the Wack Pack had a Speaker of the House, it would most likely be Beetlejuice and he too picked up the phone on Wednesday to talk to Howard. He was not ready to throw his support behind Marfan Mike or High Pitch Erik, but he did say he was driving his car, going 75 miles per hour in a 30 mph zone.

“You’ll see me there,” Beet told Howard, assuring him that he would attend “The Gathering of the Stupid.”

“When is that happening? Can that happen now?” an excited Howard wondered.

Stay tuned for more info on “The Gathering of the Stupid.”